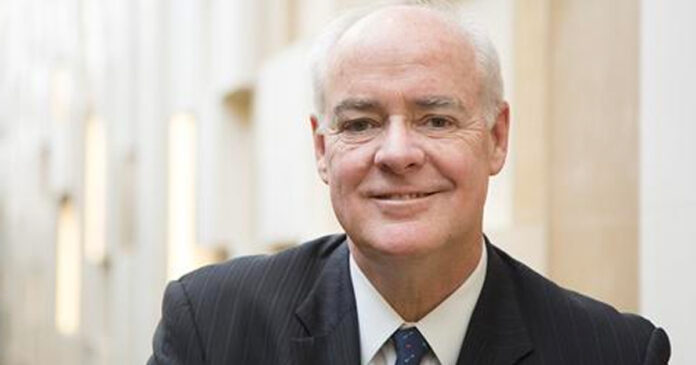 The author of the extraordinary law used by Prime Minister Justin Trudeau to crack down on Freedom Convoy protesters in Ottawa is once again raising concerns about government accountability.

Former defence minister Perrin Beatty penned the legislation as a replacement for the War Measures Act in the late 1980s.

When drafting the law, Beatty included a requirement that a mandatory public inquiry be called within 60 days of the Emergencies Act being used and revoked.

“This was one of the problems back in the time of the War Measures Act, where the government said in essence, `if only you knew what we knew, you’d support the invocation of the act.’,” Beatty told the Globe and Mail.

“That was very much in my mind at the time that we brought in the new act. To ensure public confidence, you had to have the greatest level of transparency possible.”

Although the Trudeau government has launched the necessary inquiry, questions have arisen about its transparency. Reports reveal that the judge appointed to oversee the investigating committee – Ontario Appeal Court Justice Paul Rouleau – was once a Liberal donor and political aide.

Additionally, the Trudeau government has cited cabinet confidence in an attempt to seal access to the information they claim justified the never-before-used measure.

“Was invoking the act the right thing to do in the first place? Did it meet the high threshold that was anticipated, that was required under the act?” Beatty asked. “The only thing that I can say, as the author of the act, is that wherever you have extraordinary powers, there must be extraordinary accountability.”

Trudeau public safety minister Marco Mendicino has also not committed to investigating whether the use of the act was proper.

“We’ve afforded Justice Rouleau with the power to compel witnesses, information, and documents and, in fairness, we’ve contemplated that he would get access to classified information,” Mendocino responded when reporters asked him about waving cabinet confidence and allowing the sealed information to be made public.

In a separate court challenge, lawyers representing the Crown are also attempting to block the Canadian Constitution Foundation (CCF) and other civil liberties groups from accessing the classified information.

“To discharge its constitutional function, the court must have before it a full record and consider those materials in a fully adversarial proceeding,” the CCF said in its filing. “Without these materials and procedure, this court may feel ‘a little bit like a fig leaf.’”

Alberta has since joined the case as an intervenor, citing federal overreach into provincial jurisdiction.