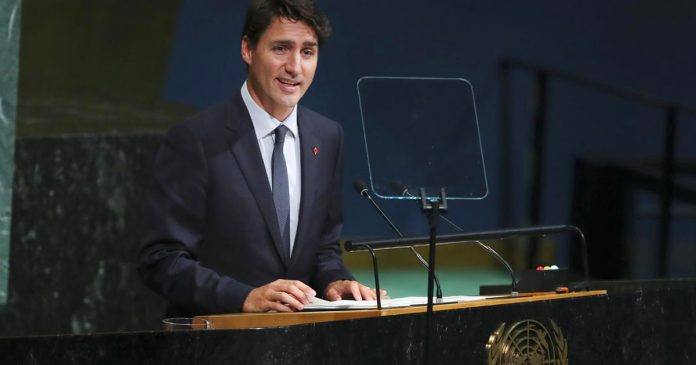 According to the transfer payments section of the 2020-2021 Public Accounts of Canada, the WEF received $2,915,095 from Canadian taxpayers in the form of grants and contributions.

The largest of the transfer payments to WEF was a $1,141,851 contribution from the International Development Assistance for Multilateral Programming. WEF also received another $1 million grant under the same program.

Other payments were cited as “contributions in support of conserving nature” and for the “establishment and management of conservation measures.”

The Trudeau government also generously funded the UN to the tune of $1.576 billion in the form of financial support, contributions and grants. Funding came primarily from Global Affairs, although other departments including Immigration, Refugees and Citizenship also gave the UN money.

Other large recipients include the UN Population Fund and the United Nations Organizations.

True North contacted Finance Canada to clarify these transfer payments but did not hear back by the deadline given.

According to Federal Director of the Canadian Taxpayers Federation Franco Terrazzano, the Trudeau government needs to do a better job accounting for its funding of international organizations like the WEF, while Canada deals with a debt of over $1 trillion.

“That’s a lot of money, and we can’t just keep sending a ton of tax dollars to international organizations because we’ve been doing it for years,” Terrazzano told True North.

“The feds are more than $1 trillion in debt, so it’s on the government to make a clear case for every cent it sends to international organizations, and if it can’t make the case then we need to see reductions.”

The controversial WEF has received renewed attention in the Conservative leadership race after candidate and MP Pierre Poilievre committed to boycotting the organization.