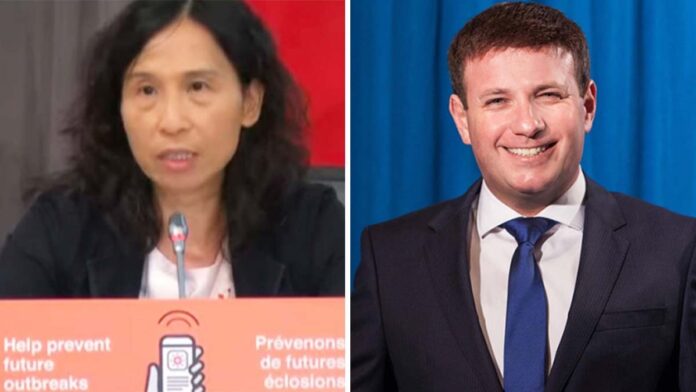 Conservative leadership candidate Roman Baber has announced that if he is elected prime minister, he would fire Canada’s chief public health officer Dr. Theresa Tam over her management of the pandemic on his first day in office.

“On September 2, 2020, Dr. Theresa Tam told Canadians to wear a mask during intimacy. That day, she lost any credibility she had left, but Justin Trudeau and many Conservatives are still afraid to challenge her. Not me,” Baber wrote in an email to party members.

“As Prime Minister, I will fire Dr. Tam on my first day in office!”

In addition to firing Dr. Tam, the former Ontario MPP also committed to withdrawing Canada’s participation in the World Health Organization’s pandemic treaty, as well as ending all of the federal government’s mandates and “establishing a Judicial Inquiry to investigate Public Health decisions and the influence of foreign interests, pharmaceutical companies and their lobbyists on pandemic decision-making.”

Baber has been a vocal critic of Canada’s pandemic response.

In 2021, Baber was removed from the Progressive Conservative caucus after he opposed the Ontario government’s lockdowns.

Leading up to his ejection from caucus, Baber wrote an open letter to Premier Doug Ford calling for an end to lockdowns. Baber claimed the lockdowns had led to a spike in suicides, bankruptcies and divorces.

Baber has also been a vocal critic of Prime Minister Justin Trudeau’s handling of the Freedom Convoy.

In an appearance on CBC News’s Power and Politics in April, Baber said Trudeau’s invocation of the Emergencies Act was groundless.

“There was absolutely no necessity in the declaration of an emergency or riot police against bystanders on the Hill. That was unacceptable. No one regretfully actually discussed the issue at dispute which are the mandates. You shouldn’t force someone to choose between their ability to put food on the table and potentially making healthcare choices that they didn’t want to make,” said Baber.

Baber was an early supporter of the Freedom Convoy. On Jan. 26, he tweeted that he supported “truckers and their legal right to peaceful protest. They’re not just standing up for their ability to earn a living. They’re standing up to Justin Trudeau and for our democracy.”

The Conservatives’ new leader will be announced on Sept. 10 following mail-in voting.