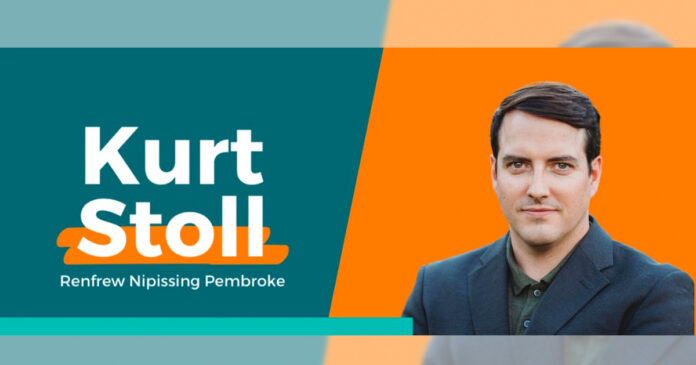 In a Sep. 2021 tweet, Stoll responded to a post announcing that China was halting the construction of coal plants abroad by applauding the communist country for achieving results.

“China is proving a planned economy actually achieves goals, while the West waits for feuding corporations to take the actions we all need.”

“No, centralism is not inherently authoritarian.”

The tweet would have come seven months after the federal government declared China’s treatment of Uighur Muslims was genocide.

Stoll, who was reportedly raised on a grain farm in rural Saskatchewan, was nominated as the Ontario NDP candidate for Renfrew-Nipissing-Pembroke in late Apr 2022.

Stoll’s comments echoed those made by not-yet-Prime Minister Justin Trudeau during a 2013 interview.

“There’s a level of admiration I actually have for China,” Trudeau said. “Their basic dictatorship is actually allowing them to turn their economy around on a dime.”

The Chinese Communist Party (CCP) has governed China for nearly seven decades. Although it has opened up its markets in recent years to private enterprise, it has maintained tight control over the economy.

Companies that operate in China can only do so with the central government’s permission.

While China’s economy has been growing, World Bank data for 2020 shows that China’s GDP per capita remains four times lower than that of Canada.

Furthermore, China is responsible for 27% of global emissions and has more than half of the world’s coal-fired power plants.

True North reached out to both Stoll and the Ontario NDP for comment but received no response by the time of publication.