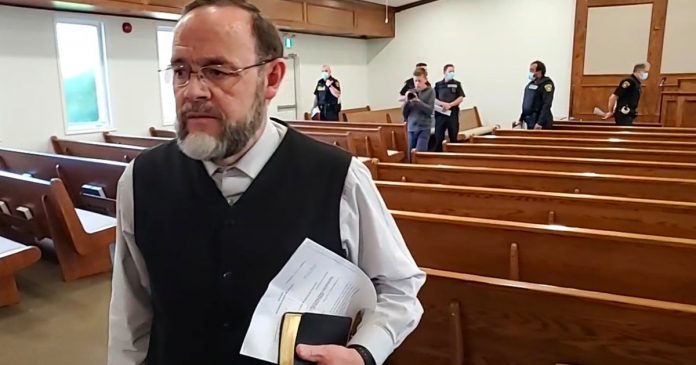 Ohio is calling on the US government to add Canada to a Special Watch List for countries that violate the rights of their citizens.

The state’s legislature adopted a bill on Wednesday requesting the United States Commission on International Religious Freedom (USCIRF) recognize its northern neighbour as a country that abuses religious liberty.

“Indeed Ohio is not alone in valuing freedom,” the bill states. “The Canadian Charter of Rights and Freedoms states that ‘Everyone has the following fundamental freedoms,’ which include the ‘freedom of conscience and religion.’ The arrests and actions described below, taken to enforce overly burdensome and unjustified orders, however, do not seem to live up to this praiseworthy statement.”

The bill goes on to cite the “abuses of religious liberty that have gone on throughout the Provinces of Canada during the COVID-19 pandemic.”

Among the abuses cited include the arrests of pastors James Coates, Arthur and David Pawloski and Tobias Tissen.

As the resolution explains, the USCIRF contemplates policy responses by the US government to foreign countries found to have severely violated religious freedoms.

“We, the members of the House of Representatives of the 134th General Assembly of the State of Ohio, urge the United States Commission on International Religious Freedom to take whatever action is necessary to address and rectify the situation, described in this resolution, and consider adding Canada to the Special Watch List,” the resolution states.

Stoltzfus and Ginter are not the only US politicians who have cited Canada for religious freedom violations during the COVID-19 pandemic. Last year, Republican Senator Josh Hawley also urged the USCIRF to investigate “systemic” violations of Charter rights.

“I am troubled that our Canadian neighbors are effectively being forced to gather in secret, undisclosed locations to exercise their basic freedom to worship,” wrote Hawley in a letter to Commission Chair Nadine Maenza.