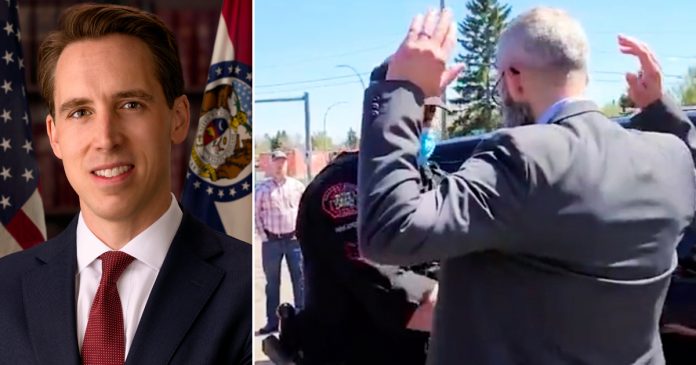 Arrests of Canadian pastors and state-ordered church shutdowns have motivated an American senator to call for Canada to be included on the US Commission on International Religious Freedom watchlist.

Republican Senator Josh Hawley of Missouri urged the commission to investigate what he calls “systematic” violations of rights by Canadian authorities.

“I am troubled that our Canadian neighbors are effectively being forced to gather in secret, undisclosed locations to exercise their basic freedom to worship,” wrote Hawley in a letter to Commission Chair Nadine Maenza.

“Frankly, I would expect this sort of religious crackdown in Communist China, not in a prominent Western nation like Canada. Canadian authorities’ arrest of faith leaders and seizure of church property, among other enforcement actions, appear to constitute systematic, ongoing, and egregious violations of religious freedom.”

Stephens was arrested a second time at his home for holding an outdoor church service which authorities claim didn’t comply with provincial requirements.

Police officers attended Stephens’ residence and apprehended him in front of his wife and crying children.

Stephens and Coates are among a number of faith leaders who have been arrested, jailed or ticketed in Canada for allegedly violating COVID-19 emergency orders.

Hawley copied Canadian ambassador to the United States Kristen Hillman on his latter. Hillman has yet to address Hawley’s claims.
“Unfortunately, Senator Hawley is correct,” Justice Centre for Constitutional Freedoms lawyer Jay Cameron told the Daily Wire. “Along with increasing shifts away from freedom and democracy toward authoritarian government, Canada has seen marked incidents of aggression toward freedom of religion.”