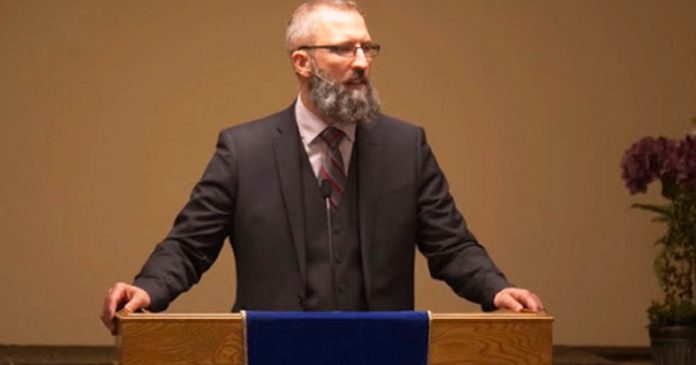 Calgary Pastor Tim Stephens of Fairview Baptist Church will be released from jail after a court hearing Tuesday according to the Justice Centre for Constitutional Freedoms (JCCF).

In a hearing before Justice Adam Germain of the Alberta Court of Queen’s Bench, lawyers for both Alberta Health Services (AHS) and Pastor Stephens agreed to his release on the condition that Stephens agrees to not hold services that violate public health orders.

On Sunday, Calgary police arrested Stephens outside his church for organizing an event they said violated Alberta’s mask mandate and attendance limits on religious services. He has remained in custody since.

On May 6, AHS received a pre-emptive injunction to stop various gatherings that violate public health orders across the province. AHS cited this injunction as justification for Stephens’ arrest.

The JCCF, which is representing Stephens, maintains that his arrest was illegal. JCCF president John Carpay noted that on May 13 the injunction was amended to only apply to previously named individuals and groups.

“The May 6 injunction does not apply to Pastor Stephens, nor did it apply to him at the time of his arrest. His arrest and current detention are illegal,” Carpay said.

“Alberta Health Services knows that the May 6 injunction, which originally applied to all Albertans having notice of this injunction, was amended by Associate Chief Justice Rooke on May 13. Since then, this injunction has applied only to Whistle Stop Café and certain named or affiliated individuals.”