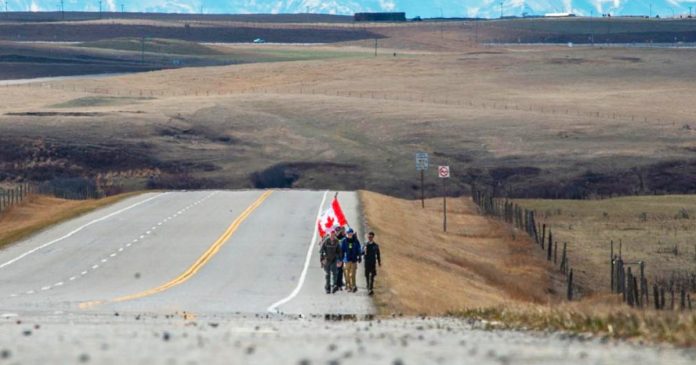 Conservative leadership candidate Roman Baber and PPC leader Maxime Bernier have confirmed that they will be joining Canadian Armed Forces veteran James Topp on his nationwide march to Ottawa in protest of Covid-19 mandates.

Baber tweeted on Monday that he would be meeting Topp on Jun. 15 before he reaches the Tomb of the Unknown Soldier.

On Tuesday, Bernier also said that he would be meeting Topp and walking with him on Jun. 30 for the last leg of his journey to Ottawa.

“Everywhere I meet people, I hear their stories and the stories are amounting to an overwhelming amount of individuals suffering due to government overreach,” Topp told True North in March. “I am marching to carry these stories to Ottawa. I want to thank every person who has entrusted me with their story. It increases my resolve more and more each day.”

Legacy media outlets have refused to cover Topp’s historic journey and the CAF veteran has called the blackout a sign of how divisive the industry has become.

“What we’re finding is pretty much a total corporate media blackout on this endeavour,” he said. “To that end, I would say, you know, folks who want to go out there and start banging the drum and shaming the CBC or CTV, because this is an amazing story of – 100 days in – a group of people who had never met each other before February 20.”

Before beginning the march, Topp was a civilian RCMP employee and a CAF member who lost both jobs because of the federal vaccine mandate.

Topp has stated that he has spoken to at least 10 MPs from different parties and he hopes to secure a venue to hold a discussion about ending restrictions. Topp’s three priorities are repealing, reinstatement and restitution plus repair.