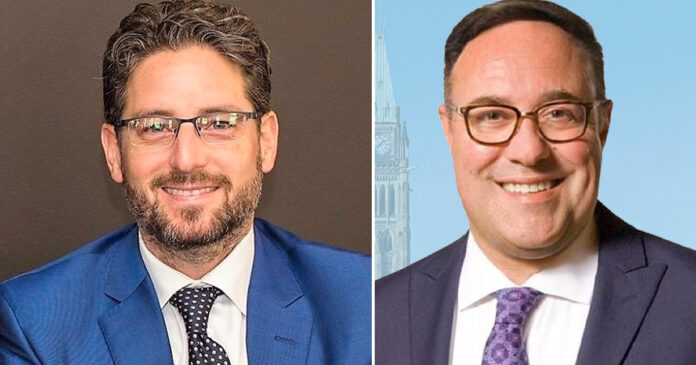 Two Conservative members of parliament have switched their endorsements from Patrick Brown to Pierre Poilievre in the party’s ongoing leadership race.

Dufferin—Caledon MP Kyle Seeback and Flamborough—Glanbrook MP Dan Muys – two of the four MPs who initially endorsed Brown’s campaign, announced Tuesday they are throwing their support behind Poilievre instead.

Seeback was the first to make the switch, tweeting that the party should “unite around Pierre.

“I believe there’s one candidate – one my constituents support – who can unite conservatives & Canadians to become our next PM,” Seeback tweeted.

Just hours after Seeback’s announcement, Muys, who had been serving as Brown’s Ontario campaign co-chair, announced he would also be changing his endorsement to Poilievre, saying he is “increasingly concerned about the divisiveness.”

In response to the two MPs endorsing Poilievre, Brown campaign spokesperson Chisholm Pothier told True North “(a)n endorsement from anyone and two bucks gets you a cup of coffee and one vote. We just lost two votes, we’ll make them up somewhere else.”

Days after launching his campaign, Brown attacked Poilievre for his support of 2015 Conservative Party promises to restrict the Niqab and establish a hotline for Canadians to report barbaric cultural practices.

This led to a heated exchange between the candidates, with Brown earning criticism from prominent conservatives for attacking the policies of former Prime Minister Stephen Harper.

Brown has also accused Poilieve of supporting Pat King, who he claims was a leader of the Freedom Convoy. Brown also said in a CBC interview that there is a video of Poilievre meeting with King.

Brown, who currently serves as mayor of Brampton, had served as leader of the Ontario Progressive Conservative Party from 2015 to 2018.

As PC leader, Brown changed his position on the carbon tax and the issue of liberal sex-ed. There had also been allegations of rigged nominations, voter fraud and ballot stuffing under his leadership.

An investigation also found that Brown had breached ethics laws.