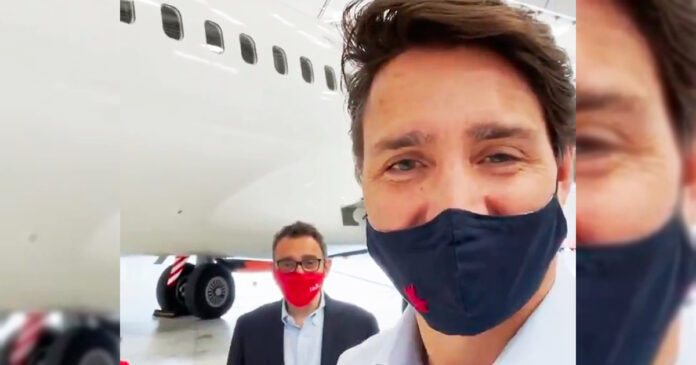 Liberal Transport Minister Omar Alghabra cited a study that predated the Omicron variant and relied on people to self-report their mask use to justify maintaining Covid-19 mandates.

In a tweet on Thursday, Alghabra claimed that mandatory masking made it 83% less likely to get Covid-19.

The Centers for Disease Control and Prevention (CDC) study referenced in the minister’s tweet was based on data from Feb. to Dec. 2021 and was titled Effectiveness of Face Mask or Respirator Use in Indoor Public Settings for Prevention of SARS-CoV-2 Infection.

Critics of the study included Dr. Vinay Prasad who said it was “not fit for the scientific record.”

“What (the CDC is) publishing is not true. I have less credibility in them. I really doubt them. That’s not good. I’m a scientist. It’s true for a lot of people, they’re killing their credibility in this political environment and you push on issues that are politically charge. I worry what’s going to happen,” said Dr. Prasad.

Soon after the study was published, the CDC adjusted its guidance on mask use.

According to critics of the study, the report itself had eight limitations in its findings. One of the main issues highlighted is that it didn’t account for other preventative measures such as physical distancing or handwashing.

Researchers also noted that the study did not include the general population, but instead was restricted to those who were seeking out tests and were willing to participate in a phone interview.

Additionally, the report relied on data that predated the Omicron variant, which is more transmissible and less severe than previous variants. The report also had issues differentiating between types of cloth masks.

“Data collection occurred before the expansion of the (Omicron) variant, which is more transmissible than earlier variants… Face mask or respirator use was self-reported, which could introduce social desirability bias,” researchers said.

The study also found that wearing cloth masks, which is a common practice among travellers “was associated with lower adjusted odds of a positive test compared with never wearing a face covering but was not statistically significant.”

Unlike Canada, the US dropped mask requirements for airlines in April. Currently masking on a flight within the country is optional. Similarly face masks are no longer required for passengers flying to major EU countries like Germany, Italy, Spain and others.

In addition to mandatory masks, the Trudeau government has refused to drop its vaccine mandates for travellers.

Despite calls from travel associations, airlines and opposition politicians, the government extended the measures until at least Jun. 30. Ongoing Covid restrictions have caused chaos at Canada’s airports, with some travellers waiting for hours in long lineups.