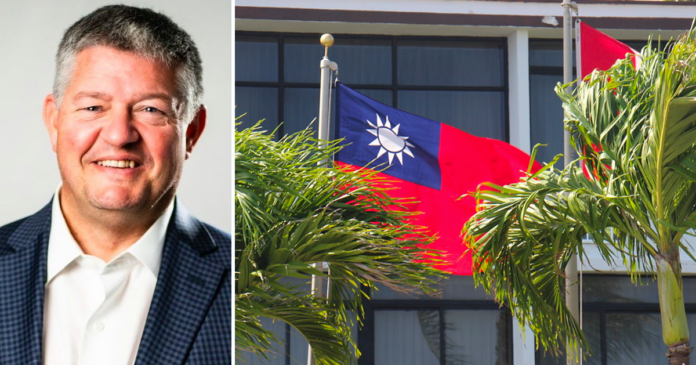 Currently, Canada’s official position on Taiwan mirrors the Chinese Communist Party’s (CCP) One China policy, which does not recognize the island nation as a legitimate sovereign nation and denies official government-to-government relations.

Under the One China policy,  Canada does not have an official diplomatic relationship with Taiwan, though Canada still facilitates billions of dollars of trade with Taiwan.

The Pierre Trudeau government changed Canada’s position of recognizing Taiwan, to the recognition of China in 1970.

“For the better part of 50 years, Canada’s and Western foreign policy was premised on the basis that increased trade and prosperity with China would lead to greater adherence to human rights and liberalization of communism’s harsh edges,” said Aitchison. “We were wrong.”

According to Aitchison, recognition of Taiwan and the establishment of diplomatic ties would strengthen the defence of freedom and democracy in the Asia-Pacific and around the world.

“Taiwan is an independent and sovereign country, a beacon of openness, democracy, respect for human rights, and a case study in the benefits of a market-based economy open to trading with the world,” said Aitchison. “It is time for Canada to finally recognize this reality.”

In taking steps to advance Taiwan’s position on the world stage, Aitchison promises to include Taiwan in the Comprehensive and Progressive Agreement for Trans-Pacific Partnership (CPTPP), and help Taiwan join international organizations like INTERPOL and the World Health Organization (WHO).

In the wake of the Russian invasion of Ukraine, the risk that China will increase their hostility and eventually invade Taiwan has been heightened.

Over the past few months, the CCP has increased its hostility towards Taiwan and has breached Taiwan’s air defence identification zone on an almost daily basis, breaching the zone 29 times on Jun 22 alone.

Aitchison’s campaign has come out with a series of foreign policy propositions that would increase Canada’s profile on the world stage, taking more rigid stances on key foreign relations issues.

Along with his commitments to Taiwan, Aitchison has also come out in strong defence of Israel, pledging to help counter Iran’s ongoing threats and move the Canadian embassy from Tel Aviv to Israel’s capital of Jerusalem.