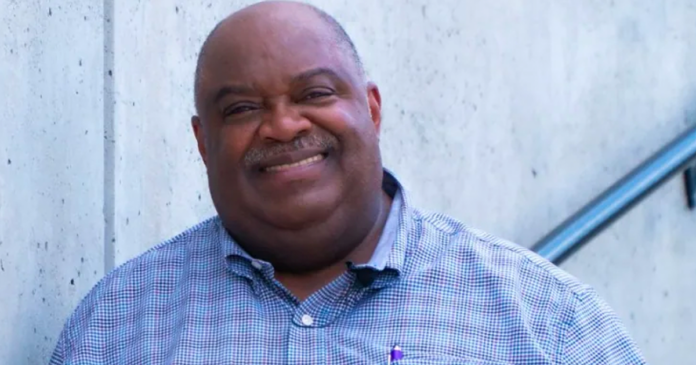 After kicking the board’s only black trustee Mike Ramsay to the curb on June 6, the vindictive “woke” trustees at the Waterloo Region District School Board (WRDSB) let everyone know they really meant it Monday night.

The same six sanctimonious NDP trustees who found Ramsay guilty of a secret Code of Conduct complaint in what can only be described as a kangaroo court voted 6-3 to uphold their ruling.

The trustees – chairman Scott Piatkowski, Karen Meissner, Jayne Herring, Kathleen Woodcock,  Carol Millar and Joanne Weston – also refused to back down on their decision to hand Ramsay the maximum number of sanctions available to them.

That means Ramsay is banned from all board and committee meetings until the end of the current term.

Only Laurie Tremble did not vote as she was the trustee who complained about Ramsay.

To date, the board has refused to release the report of a pricey outside law firm or the board’s integrity commissioner who investigated Tremble’s complaints.

In comparison, when a similar complaint was lodged against Toronto District School Board trustee Alexandra Lulka, the board released details of the complaint and the subsequent report prior to their meeting last December.

On Monday evening, Piatkowski rudely interrupted and shut down trustee Cindy Watson when she endeavoured to speak about her motion to revoke Ramsay’s punishment.

But the board chairman subsequently permitted Herring, a fellow NDPer and the board’s former director of corporate services to spell out how Ramsay apparently breached the Code of Conduct.

Herring claimed Ramsay did not respect the integrity and dignity of the office, refused to uphold the decisions of the board (suggesting he disagreed with them), that he accused fellow trustees of unlawful conduct and refused to be civil.

In a statement from Ramsay released prior to the board meeting he reiterated that everything has remained a secret: The identity of the trustee who complained, the complaint itself, the integrity commissioner’s report and even the rationale for the board’s secrecy.

Ramsay described the process as a “weaponization of the complaint process” to muzzle a trustee who doesn’t march to their woke drumbeat.

“The complaint is motivated by disagreement with my positions at board meetings and statements made to constituents,” he said in his statement.

The irony of all of this is that the same NDP cabal who voted to cancel Ramsay shamelessly and repeatedly stress the need for anti-racism education.

They are so intent on silencing opposition that they’re not ashamed to use their elitist “white privilege” – as they call it – to muzzle a man of colour.

The same goes for the black activist education director Jeewan Chanicka who started crying at last week’s board meeting over claims that a motion to provide more information on critical race theory and white privilege generated “so much hate, so much racism” that police had to be called several times.

Chanicka never indicated where police were called. Nor has he stood up for a fellow man of colour – likely because Ramsay does not share his radical points of view.

I guess when it comes to this woke cabal only certain men of colour are acceptable – in other words, men of colour who don’t challenge their power and control.

Still if they had nothing to hide or defend about their decision to reprimand Ramsay, they’d release the integrity commissioner reports.

Otherwise, their actions are nothing short of a lynching.