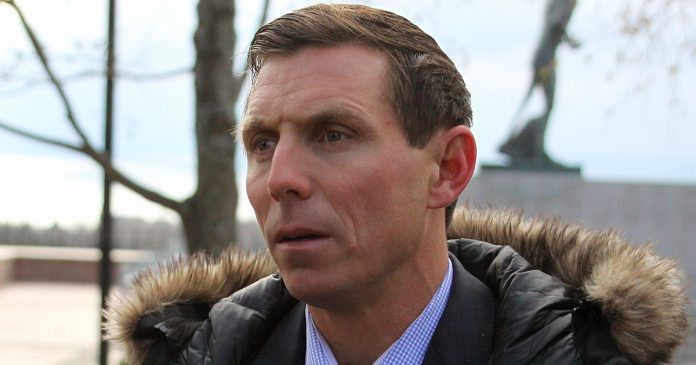 In June, the party confirmed that it was investigating the Brampton Mayor on allegations that his campaign was reimbursing membership fees paid by individuals who agreed to join the party.

The allegations were detailed in a complaint filed by the campaign of leadership rival Pierre Poilievre.

In a statement released by the Chair of the Leadership Election Organizing Committee (LEOC) Ian Brodie on Thursday, Brodie wrote “the Patrick Brown campaign did not satisfy concerns about their compliance with our Rules and Procedures and/or the Canada Elections Act.”

In his statement, Brodie claims the party did its “best to be fair” to the Brown campaign and confirmed that it would be sharing the details of its investigation with Elections Canada.

“Throughout the investigation into these allegations, the Chief Returning Officer and I have done our best to be fair to the Patrick Brown leadership campaign and provide them with the time they need to substantively refute these allegations,” wrote Brodie.

“The Party will be sharing the information it has gathered with Elections Canada, who is responsible for ensuring compliance with, and enforcement of, the Canada Elections Act.”

On Tuesday, the Brown campaign told True North that it was confident and saw a path to victory.

“Absolutely [Brown] sees a path to victory. Patrick sold 150,000 memberships, by far the most by any candidate in any previous Conservative leadership,” said spokesperson Chisholm Pothier.

However, in addition to being disqualified, recent developments suggest the Brampton Mayor’s campaign was losing momentum.

The Brown campaign released a statement shortly after the decision accusing the LEOC of “disenfranchising thousands of Canadians.”

“This decision has disenfranchised over a hundred thousand Canadians from BC to Nova Scotia that chose to join the party, inspired by Brown’s vision for a multicultural and inclusive movement.”

Brown’s campaign alleges that there was a lack of transparency in the party’s decision to disqualify the Brampton mayor.

The campaign claims the party’s decision was “based on anonymous allegations” and that the campaign was “never provided with the full details or evidence” of the allegations.

“Simply put, there was no due process provided in this decision, and an unprecedented reverse onus was applied to our campaign.”

The Brown campaign is currently consulting its legal teams.

This is a developing news story. More to come.