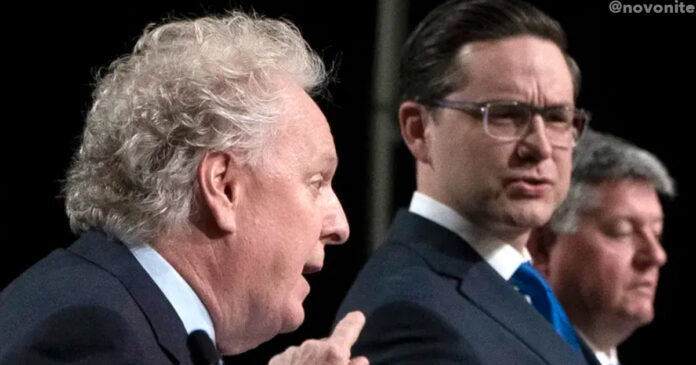 On Tuesday, Brown was disqualified from the race by the Leadership Election Organizing Committee (LEOC) following an investigation into allegations of membership sales irregularities – which came from within Brown’s campaign according to Conservative Party president Robert Batherson.

In response to the disqualification, Poilievre campaign spokesperson Anthony Koch said, “this is not the first time Patrick has been disqualified from running for public office for reasons of ethical impropriety.”

“For years Patrick’s conduct has demonstrated that he is the kind of person that will say and do anything to win. [This is] just the latest chapter in a career defined by numerous scandals, inquiries, and even criminal investigations related to political activities at all three levels of government.”

Koch also said that “as always, when caught, Patrick tries to make himself into a victim, but ultimately the only person responsible for his disqualification is himself.”

Meanwhile, the Jean Charest campaign is demanding the party provide further details on the allegations and the decision to disqualify him.

“LEOC must ensure integrity of the process. Party members deserve the truth. We need to understand what the allegations are, how Patrick Brown’s campaign responded and why LEOC took such drastic action. Transparency is paramount,” said Charest campaign spokesperson Michelle Coates Mather.

Brown and his campaign have been very vocal following the expulsion, and have accused the Conservative Party of skirting democratic values to help Poilievre get elected.

The Brown campaign has requested an appeal, however party rules state that “all decisions of the LEOC are final and are not subject to internal appeal or judicial review.”

Prominent lawyers Marie Henein and Alex Smith have been hired to act as Brown’s counsel. In addition to filing an appeal, they have asked the Conservative Party LEOC chair to preserve “all documents and records of any kind whatsoever” relating to Brown’s disqualification for possible litigation.

Brown has also been accused of unethical conduct in his position as Mayor of Brampton. On Wednesday, five city councillors and both deputy mayors of Brampton released a letter condemning mayor Patrick Brown, alleging he is corrupt.

The letter alleges that Brown used his office as mayor to pay off cronies with taxpayer dollars, employed nepotism and shut down city council’s investigations of the allegations.

True North also reached out to the other leadership campaigns. Lewis’s campaign declined to comment while Baber’s and Aitchison’s campaigns did not respond in time for publication.