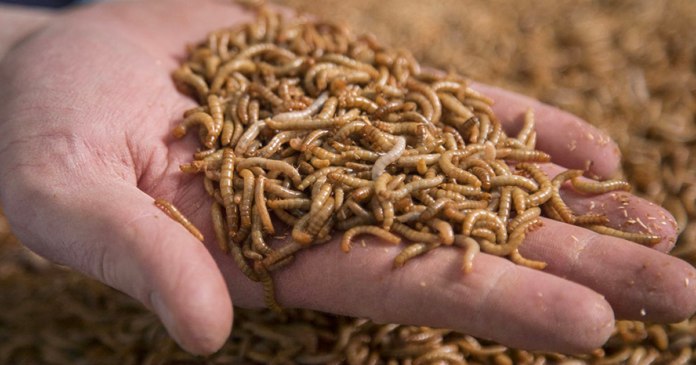 Protein intake is expected to slow down in wealthy countries such as Canada as consumers shift towards plant-based diets and alternatives like insect-based “meat,” according to a United Nations agency and the Organization for Economic Cooperation and Development (OECD).

In a 2030 global agriculture outlook, the UN’s Food and Agriculture Organization (FAO) and the OECD predict an “unprecedented shift in food consumption” habits globally.

“In high-income countries, average per capita consumption of proteins is not expected to expand much over the next decade, due to near saturation in consumption, and heightened concerns about health and the environment,” the report describes.

“These concerns, together with ethical considerations regarding the welfare and eating of animals, could also boost demand for plant-based proteins and alternative protein sources (e.g. insects, cultured meat).”

On Jun. 27, Agriculture and Agri-Food Canada announced it was giving $8.5 million to the company Aspire to build an insect production facility in London, Ont. to process cricket-based proteins for animal and human consumption.

“Aspire will be at home here as the company re-defines what is possible in the insect protein sector, creating new solutions for sustainable food production,” said Liberal MP Arielle Kayabaga.

As exclusively reported by True North in March, during a House of Commons industry committee meeting, the Liberals lamented the fact that Canada was not a leader in producing alternative proteins like “lab meat” or insect-based feed.

“Lab or ‘clean meat’ is one potential contributor to the human demand for protein in the future. That’s obviously a high-risk, high-reward initiative. It’s one that the U.S., Singapore and Israel are all pursuing. Canada is not, unfortunately, at the moment. Entrepreneurs are leaving the space in Canada, unfortunately,” said Liberal MP Nathaniel Erskine-Smith.

According to the OECD and UN, the consumer trend for substituting animal meat with alternatives looks promising in developed countries.

“Consumers’ purchasing decisions are increasingly driven by factors beyond prices, culture and taste, such as health and environmental concerns, and ethical considerations regarding the welfare and eating animals and their products,” the report explained.

“This trend is reflected by the increase in vegetarian, vegan or “flexitarian” lifestyles in high-income countries, particularly among young consumers. Meat and dairy markets would be most affected by a shift to plant-based proteins, or alternative protein sources (e.g. insects, cultured meat).”