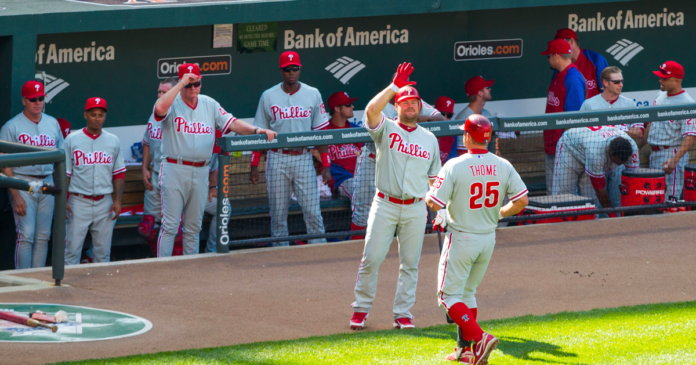 Athletes who refused to get a Covid-19 shot are standing up to Prime Minister Justin Trudeau’s vaccine requirements by refusing to participate in sporting events in Canada.

31-year-old Philadelphia Phillies catcher J.T. Realmuto will forfeit close to $260,000 by missing the series against the Toronto Blue Jays at Rogers Centre this week after being placed on a restricted list because he’s unvaccinated.

“I’m a healthy 31-year-old professional athlete,” said Realmuto. “I’m not going to let Canada tell me what I do and don’t put in my body.”

According to Realmuto, his physicians advised him that he does not need to get the Covid vaccine.

“I just didn’t feel a need to get it. I’ve had Covid a couple times, super-mild symptoms, back when it first came out,” said Realmuto.

“When it came time to decide whether I needed the vaccine or not, talking to doctors that I knew and told them my story, I decided I didn’t think I needed it. I wasn’t going to take it just because I was told, basically.”

“It’s just not worth it,” said Realmuto of playing in Canada before adding that he will be losing “a little bit of money” due to his decision.

Other MLB players including Alec Bohm, Aaron Nola and Kyle Gibson were also prevented from playing in Canada due to quarantine and vaccine requirements.

In June, several players from the Minnesota Twins were also placed on a restricted list due to requirements imposed by the Canadian government.

Four players including outfielder Max Kepler were prevented from entering the country to play with their fellow teammates.

“In my opinion, it’s sad that I can’t join the team, especially now where we’ve lost a couple of games. Everyone needs to be together. It’s sad,” said Kepler at the time.