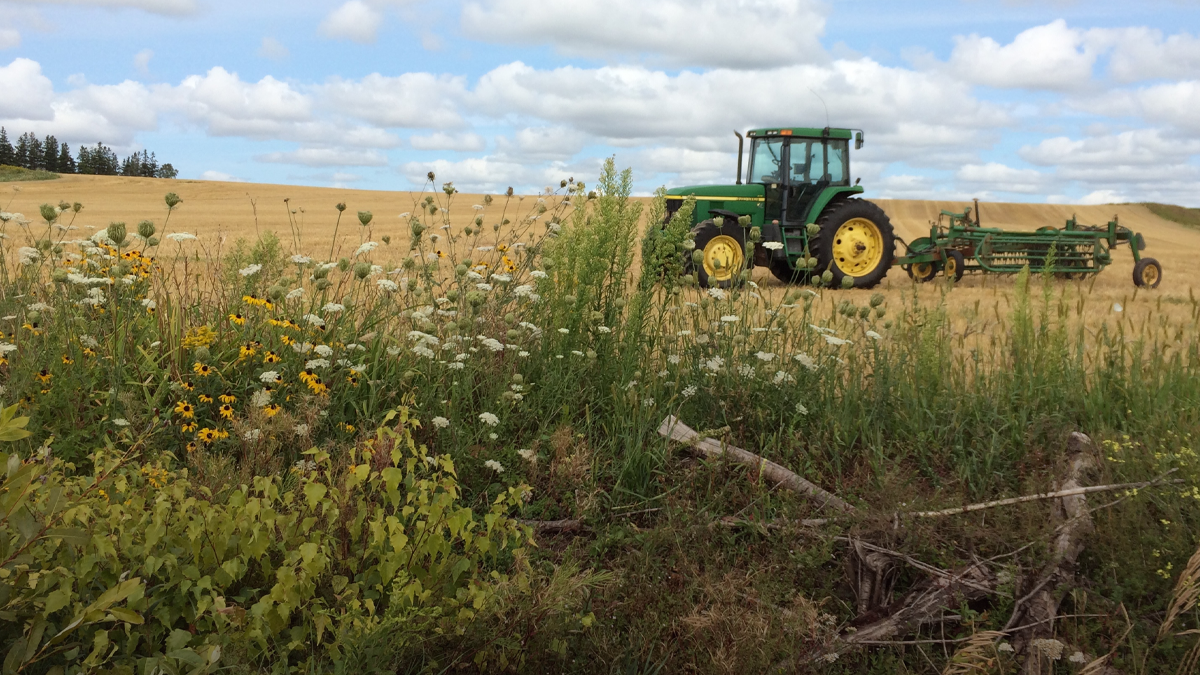 A new report co-authored by the United Nations’ Food and Agriculture Organization (FAO) and the Organization for Economic Co-operation and Development (OECD) calls on farmers to globally reduce emissions by 6% while also increasing yield by 28% to meet food supply demand.

In the OECD-FAO Agricultural Outlook 2022-2031, researchers write that it will be “very challenging” for countries to reach prior international obligations such as the Zero Hunger target and the Paris Agreement and will require more aggressive government action.

“To achieve the Zero Hunger target while simultaneously keeping agricultural emissions on track to reach the Paris Agreement targets, average global agricultural productivity would need to increase by 28% over the next decade. This is more than triple the increase recorded in the last decade,” the report explains.

In an emailed statement to True North, Environment Canada touted $550 million in spending over the last year to “support farmers in the fight against climate change” and an incoming “Green Agricultural Plan for Canada.”

In 2020, the Liberal government announced a 30% reduction target below 2020 levels on greenhouse gas emissions in the industry.

“Canada’s fertilizer emissions reduction target does not represent a mandatory reduction in fertilizer use. Instead, actions will focus on improving nitrogen management and optimization of fertilizer use which will not only help to reduce emissions, but can also result in long-term improvements in soil health and water quality,” an Environment Canada spokesperson told True North.

“The Government of Canada also understands the concerns of producers and how this will affect them. The Government’s approach has always been focused on reducing fertilizer emissions and not a blanket mandatory reduction in fertilizer application rates.”

In their report, researchers did not take into account the impact of supply and demand shocks on commodity prices noting that the scenario did not “demonstrate how consumers are able to afford the increase in food consumption, nor does it provide estimates of investments or public spending needed to raise productivity.”

President of the Western Canadian Wheat Growers Gunter Jochum told True North that the OECD and FAO are taking a “precautionary analysis” instead of taking into account the risk such targets pose to the supply chain or commodities.

“What is the risk if we go ahead with those reductions, regardless of what happens to the market, to food shortages, to supply, etc. So by their own admission, it’s kind of foolish to ask for those reductions, and at the same time for an increase in yield,” said Jochum.

In response to concerns about price and supply shocks, Environment Canada said that the federal plan will maintain or increase yield size.

“For example, approaches that enhance fertilizer efficiency, such as fertilizers containing both nitrification and urease inhibitors have the potential to reduce emissions by 15% to 35%, or the split application of nitrogen fertilizer (at seeding and later in the growing season), could lead to a 5%-20% reduction in GHGs compared to conventional nitrogen fertilizer practices, without negatively affecting yields,” a spokesperson told True North.

To achieve these targets, the OECD and FAO suggest farmers must improve yield through the “more efficient use of all inputs” and a “substitution away from emission intensive inputs” like fertilizer.

“The agriculture sector must manage to do more with less,” said OECD secretary-general Marhias Cormann in a webinar on the report.
As exclusively reported by True North in April, Agriculture Canada singled out grain growers as having the highest “emissions intensity” in the world sparking a backlash.