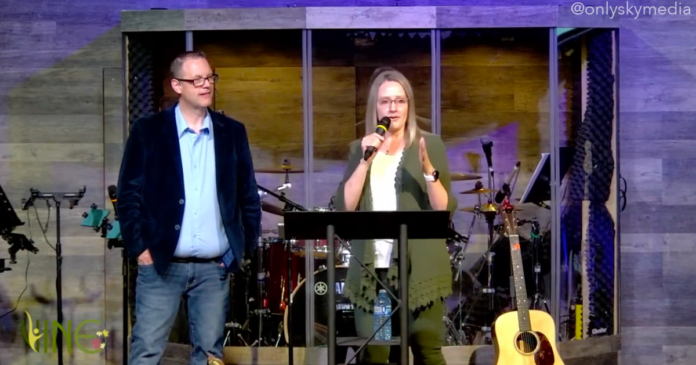 An Edmonton church has been fined $80,000 by an Alberta judge for denying entry to Covid public health rule inspectors on several occasions.

“These were deliberate and intentional acts,” wrote Creagh. “These offences are very serious. Laws dealing with public health are of fundamental importance.”

Fortin’s church, the Church in the Vine, has been found guilty of obstructing public health officers before.

“I think it’s pretty safe to say that the Church in the Vine questions or rejects that narrative. The judge obviously subscribes to a very standard narrative view of COVID,” said Kitchen.

“You know, they weren’t shocked or dismayed or surprised. From their perspective, and from the perspective of those who would agree with them, this is really a travesty that this type of thing is happening.”

Kitchen said it was absurd there was any fine at all.

“Whether it’s eight thousand or 80 thousand … the idea that we’re paying fines for this is a travesty for them and those who agree with them,” said Kitchen.

Fortin plans on appealing the decision, claiming a breach of religious freedom rights.

The Fortin case is one among a string of incidents where church pastors were targeted because of public health measures. Calgary-based pastor Artur Pawlowski was ordered by a judge to do community service and only cite “medical experts” when talking about Covid-19 after being found guilty of violating mandates.

Several US lawmakers have called on the Canadian government to be added to a list of global religious freedom rights abusers.

A bill recently passed by the Ohio legislature called the mandates in Canada “overly burdensome and unjustified.”