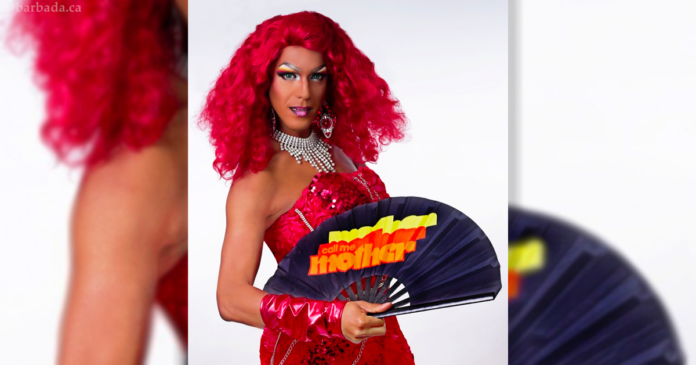 Barbada de Barbades, the drag personification of elementary school teacher Sebastien Potvin, spoke with True North about the “family friendly” concept and the controversies surrounding it.

Potvin has been performing drag queen story hours in libraries, bookstores and daycares since 2016. His website states that the activity is meant for kids 3 to 6 years old, but younger children are also welcome.

True North asked Potvin why he thought young children should be exposed to drag.

“I think it’s important for them to discover as much as they can… I wouldn’t say earliest as possible, but yeah, definitely at an early age,” he added.

A video of a story hour hosted by Barbada de Barbades, Potvin’s drag persona, at the Pointe-aux-Trembles library in 2019 shows the performer reading a children’s story by Andree Poulin and Marie Lafrance titled “Deux garçons et un secret” (two boys and a secret). The story, meant for those aged 5 to 9, touches on the topics of homosexuality and gender.

Potvin defended reading the book, telling True North the story was vetted and is appropriate.

A criticism of drag queen story hours has been that children are too young to understand the concept of drag, and hence it is confusing to younger audiences.

But Potvin believes drag can be made understandable for young children.

He also said it is important for kids to be introduced to drag appropriately, given that it is likely they will be exposed to it eventually while kids are browsing the internet.

“The thing is if I don’t do it, you know, be in a very respectful way for the kids… in a way with words that they understand, in words that they comprehend in order to understand at their level what drag is, they’re gonna learn anyways,” said Potvin.

Some members of the LGBT community have warned that the controversial events threaten the progress made in terms of LGBT tolerance and acceptance.

Political commentator Brad Polumbo, who is openly gay, shared his concerns in a Based Politics piece.

“I am gay and have been to a handful of drag shows. It’s not really my thing, but if people enjoy it, there’s nothing wrong with it — for adults. But it’s absolutely not appropriate for children.”

“Many may have good intentions and fail to see why what they’re doing is so inappropriate and harmful.”

Potvin does not think his story hours shed a bad light on the LGBT community, telling True North that once people actually understand the concept, they view it differently.

However, he did admit that some drag shows are inappropriate for children, and said he doesn’t recommend that parents let their kids watch Rupaul or Canada’s Drag Race.

“I don’t think personally you should have them watch Drag Race and shows that have a warning before the show that clearly says it’s for adults only.”

Potvin compared these drag shows to superhero movies that have PG-13 or PG-16 labels.

In the United States, there have been children’s drag shows that do not appear to be PG, including one in a Texas bar.

However, Potvin says he always conducts himself in a professional and appropriate manner when minors are present.

Potvin added that he believes some people do not take the time to distinguish his “family friendly” drag shows from those that are not age-appropriate.