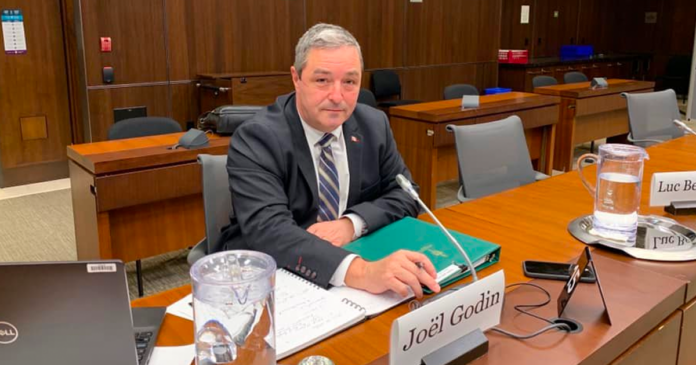 Quebec Conservative MP Joel Godin says he may leave caucus and join efforts to form a new party if Pierre Poilievre becomes the leader of the Conservative Party of Canada.

As reported by iPolitics, the Portneuf–Jacques-Cartier MP told Radio-Canada that he is a “progressive conservative,” and that he shares no common ground with Poilievre.

Godin says he may resign, sit as an independent, join another party or even help form a new party if Conservative members choose Poilievre.

“I could participate in the creation of a new party. There are many possibilities.”

Godin also claimed that Charest is offering good policies, while Poilievre is not.

“Can you name me one policy that Mr. Poilievre has presented in this leadership race?” said the Quebec MP. ”Look at the internet site of Jean Charest, and you will see what Mr. Charest is offering Canadians.”

He also claimed that only Charest can bring together the Conservative Party’s two separate fractions – social conservatives and progressives.

Godin says that he believes “there is a clear risk that the Conservative Party of Canada will be divided after the election of a leader who will not have the capacity, the necessary qualities to unite our party.”

The Quebec MP also claimed his goal is “to have a Conservative Party that is united and is an alternative to win power in the next election to replace the Liberal government of Justin Trudeau.”

True North reached out to Godin to ask if he is worried a new party would lead to vote splitting and ultimately the re-election of the Liberals, and if he thought Poilievre would make a worse prime minister than Trudeau. He did not respond in time for publication.

The Poilievre campaign also did not return a request for comment.

Godin is not the first progressive conservative to publicly denounce Poilievre’s leadership.

Disqualified leadership candidate Patrick Brown had previously said that he would not run for the party if Poilievre was elected as leader, claiming the latter is unelectable in the Greater Toronto Area.

While there has been opposition to Poilievre’s potential leadership, the Carleton MP has received a total of 69 caucus endorsements, the most of any leadership candidate. In addition, a number of high-profile conservatives have endorsed the Carleton MP, including former Conservative Prime Minister Stephen Harper.

The winner of the Conservative leadership race will be announced on September 10.