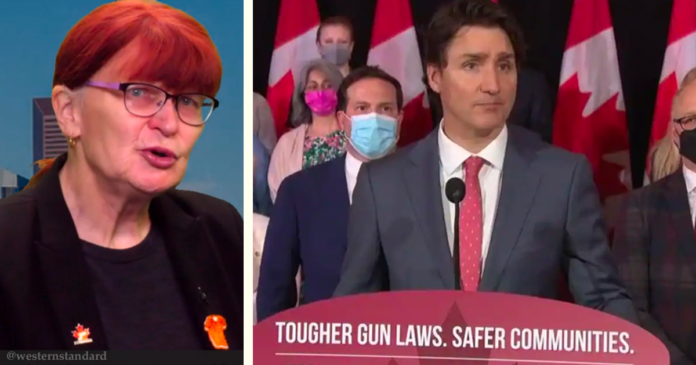 The federal government announced Friday handguns for the civilian market will be barred from importation as of August 19, a directive issued without the oversight of Parliament.

The decision will not impact crime because Ottawa is banning the importation of restricted firearms which can be sold to restricted possession and acquisition license holders “which are the most carefully vetted and screened segment of Canadian society,” Bryant said.

“You’re talking about banning the import of things for use by people who are the most law-abiding, and that can’t possibly have any effect on people who are criminally misusing firearms,” Bryant said in an interview with True North.

Public Safety Minister Marco Mendicino and Foreign Affairs Minister Melanie Joly said the government is moving forward with the importation ban before Parliament resumes in late September using regulatory measures. The new regulations will effectively “speed up” the planned ban announced in May, the ministers said.

The Alberta government can’t overrule Ottawa’s ban, but it can advocate against it and assist legal firearms owners and those who participate in sport shooting, Bryant said.

“It’s not work we normally do, but Miramichi has proven incapable of responding to the enormous volume of purchases that have been stimulated by the announcement of a pending freeze on transfers of handguns,” Bryant said.

The Liberals announced Friday’s ban because C-21 resulted in an “uptick” of guns being purchased in Canada, Joly said.

Bryant said the federal government is implementing a slow motion effort to phase-out shooting sports. Without handgun sales, no one can enter hand and target shooting, and it will eventually be illegal for older generations to pass their handguns to future generations, Bryant said.

Meanwhile, there’s been a sharp uptick in older Canadians transferring their restricted firearms to younger family members to escape the confiscation for at least a generation, Bryant said.

“It’s really shameful that we have to resort to this kind of thing to protect our property and our property rights from our own federal government that should be protecting us, not trying to confiscate our property.”

Bryant said Friday’s order continues a pattern from Ottawa, which is “attempting to eliminate firearms ownership of all kinds, one slice at a time.” The Chief Firearms Officer invited any ministers responsible for the ban to spend a weekend with Bryant at shooting events and see the people they’re impacting.

“They will see that these are not the people that they should be worried about.”

President of the Canadian Association of Chiefs of Police Adam Palmer said people can’t be naive to the realities of organized crime and smuggling.

“There will always be an influx of guns from the United States into Canada… Heroin is illegal in Canada, too, but we have heroin in Canada,” Palmer said in August 2019.