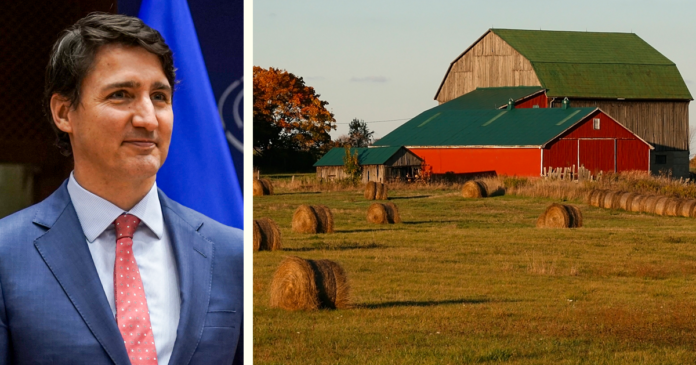 In a recent poll, 72% of farmers said that crop yields and food production will plummet should the Trudeau government’s 30% fertilizer emission targets be implemented.

“While the government of Canada’s objective is to set a national target to reduce emissions, the primary method to achieve this is not to establish a mandatory reduction in fertilizer use,” said Brown.

“Coupled with rising costs and labour shortages, they are wondering how they’re going to continue saving the world.”

Canadian farmers have also had to deal with the pressure of increasing yields to offset the supply chain issues caused by Russia’s invasion of Ukraine.

Fertilizer Canada has warned that such an emission reduction will cost farmers $48 billion in income.

As exclusively reported by True North, farmer groups have warned that similar protests as those in the Netherlands could arrive in Canada should the government move forward by targeting the agriculture industry.

“We have talked to other producer groups, we’re very concerned about exactly that same scenario. And will we go to these lengths like what’s happening in the Netherlands? I don’t know,” President of the Western Canadian Wheat Growers Gunter Jochum told True North.

In April, Agriculture Canada put out a report labeling Canadian farmers as being among the worst emissions offenders in the world.

The report accused cereal farmers of having “one of the highest levels of emissions intensity” among exporting countries.

Jochum and other farmers groups have challenged the government on their claims, saying that Canadian farmers have some of the best practices when it comes to fertilizer use.