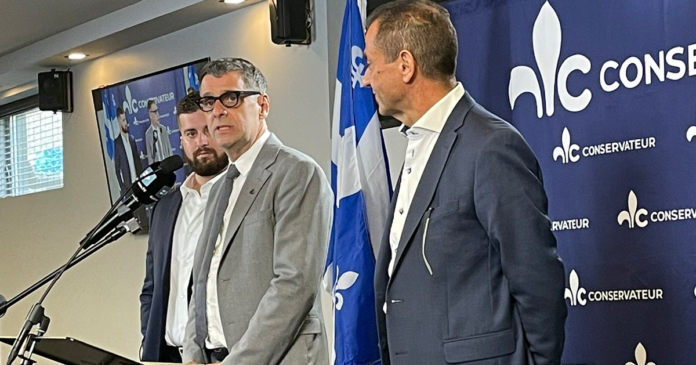 The Conservative Party of Quebec (PCQ) released its platform on Sunday ahead of the 2022 provincial election campaign.

“It will turn the page on more than sixty years of constitutional wrangling and allow a new reality to emerge. The political spectrum may soon be redefined. The tectonic plates of Quebec politics are realigning.”

“We now have a major party that wants first and foremost to give you more freedom. Our election platform sets out our key commitments in the run-up to this election battle,” added Duhaime.

On the economy, the PCQ pledges to introduce tax cuts for Quebecers, suspend the province’s gas tax and allow for the expansion of Quebec’s natural resources.

On health care reforms, the party is promising a decentralized system with a greater role for the private sector and increased competition.

The party also promises to provide weekly vouchers of $200 per child for parents who do not use government daycares.

The PCQ 2022 campaign is using the freedom-themed slogan “Libres chez-nous”, which translates to “Free in our own homes.”

The PCQ has seen an unprecedented rise in popularity over the last two years.

The party’s rise can be attributed to Duhaime’s strong opposition to Quebec Premier Francois Legault’s pandemic response – which included some of the strictest and most punitive restrictions in the western world.

Duhaime will also be able to participate in televised debates, making him the first PCQ leader to be given that opportunity.

The Quebec election is set for October 3.