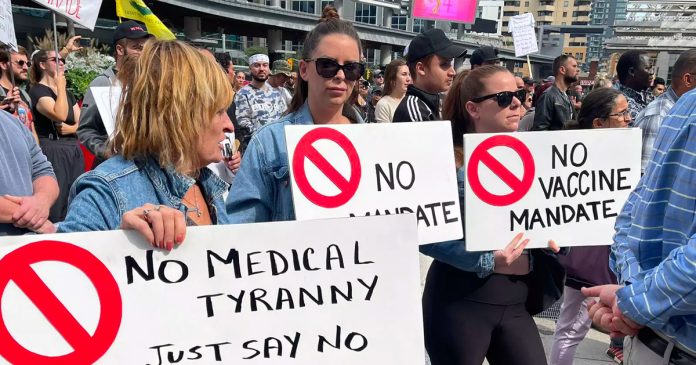 The Democracy Fund (TDF) has announced that its lawyers have successfully defeated a cumulative $1 million in Covid–related fines faced by 14 different clients.

In a Thursday news release, the law advocacy organization revealed that in the last two weeks $56,000 in fines faced by British Columbians have been defeated and a whopping $950,000 in Ontario has also been thrown out.

The Ontario fines were for three tickets citing the Quarantine Act and the Reopening Ontario Act sent to business owners.

Lawyer Adam Blake-Gallipeau said that he hopes to continue to “vigorously defend” clients who have had their rights breached by government lockdowns and mandates.

“The legal team at TDF represents clients across the country who have been fined in connection to legislation related to COVID-19. Many clients are unable to pay fines or would be forced to close their businesses if convicted,” the TDF explained.

Various challenges to Covid measures are ongoing and some have even found success.

“The Pawlowskis’ appeals are allowed. The finding of contempt and the sanction order are set aside. The fines that have been paid by them are to be reimbursed,“ the judges wrote.

“The chambers judge awarded costs to AHS payable by the Pawlowskis jointly in the amount of $15,733.50, calculated at 2.5 times column 1. That costs award is set aside and the Pawlowskis are awarded their costs payable by AHS in the proceedings below and in this Court calculated on the same basis.”