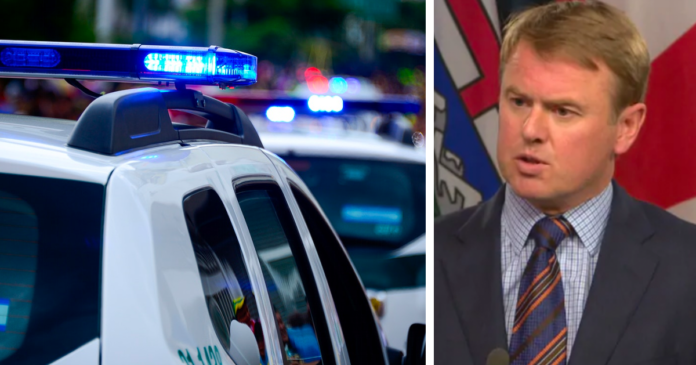 A provincial service has long been debated as a means to give Alberta more autonomy. It was recommended in the provincial government’s Fair Deal Panel Report released in June 2020.

It’s incumbent on the provincial government to look at innovative ways to improve policing in its communities, Shandro said.

“This is a conversation that is happening everywhere in the country,” he told True North. “And we think that Alberta is on the precipice of being a leading voice and modernizing policing in the country.”

A government proposal released this week said its provincial police service would add 275 police officers to the 42 smallest detachments. The model also proposes a minimum of 10 front-line police officers. There is no minimum number of officers at RCMP detachments and some have as few as three.

The new model plans to increase front-line response by reducing the number of police officers deployed in headquarters and administrative roles and providing better access to specialist policing services in rural Alberta.

Edmonton, Calgary and other municipalities have police forces governed by the province. The remaining roughly 20% of Albertans are policed by the RCMP.

The Alberta government has not yet made a decision about establishing a provincial police service, but the proposal ensures the province is ready to transition if needed — such as if Ottawa decides to end financial support for contract policing. Ottawa contributes $170-million under a cost-sharing agreement.

Alberta is having a conversation on provincial policing along with the rest of Canada, Shandro said. Saskatchewan, New Brunswick and Nova Scotia are also studying the feasibility of a provincial service.

The PricewaterhouseCoopers report said it costs Alberta about $500-million a year for the RCMP. That cose would rise to $735-million each year for a provincial service on top of $366-million in startup costs, the report found.

Shandro said he thinks UCP leadership front runners are all supportive of a provincial police service.