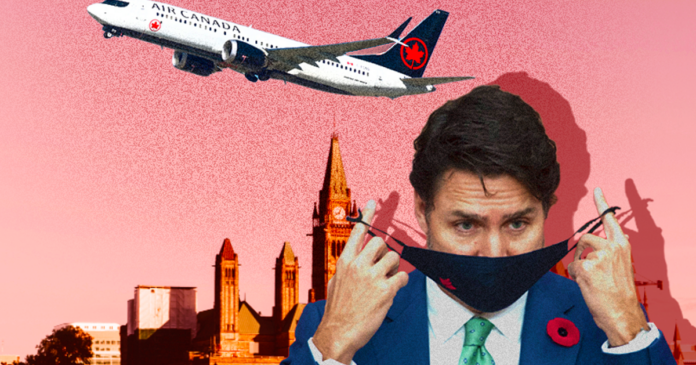 A Statistics Canada report on the aviation sector says that government travel vaccine mandates and restrictions had “more of an impact” than other factors in handicapping the industry’s recovery.

Department policy analyst and economist Valeriya Mordvinova explains how “travel restrictions and other measures imposed by governments to combat the pandemic” impacted the aviation sector in an Aug. 11 report titled Canadian aviation amid the COVID-19 pandemic: Part 3. International.

“In the first half of 2021, restrictions in Canada were some of the strictest, and its aviation’s recovery the slowest. Russia had the least strict restrictions among these countries for many months, and the recovery of aviation there was among the strongest. The United States had a gradual relaxation of restrictions and a steady increase in air passengers,” wrote Mordvinova.

The report explores domestic and international travel patterns of various countries including Canada, Australia, Brazil, China, Russia and the United States. When it comes to domestic travel, Canada “did not experience” as strong of a recovery as other countries.

In a statement emailed to True North, Alberta Institute President Peter McCaffrey said that the government’s devotion to restrictions has done “incalculable harm” to Canada.

“We’ll likely see more and more of these types of reports released in the coming years, as we finally start to calculate some of the impacts of the restrictions, though we will never know the full extent of the costs,” said McCaffrey.

“Travel in general, and ArriveCAN specifically, are a clear example of how the federal government’s policies failed, and they also clearly demonstrate that the harms were not limited just to the economy, but also to Canadian’s civil liberties.”

Although other factors including vaccination rates or economic health also contributed, Statistic Canada writes restrictions were “likely to have had” played a more significant role.

“Restrictions on travel and other activities are likely to have had more of an impact, but other pandemic-related factors, such as for example vaccination rates and general economic conditions, also played a role,” the report explained.

As exclusively reported by True North, in May 2021 the index showed that Canada’s policies were as strict as those in communist China or Cuba.

According to McCaffrey, the compulsory nature of ArriveCAN is also harmful particularly due to the federal government’s habit of using such technology to spy on Canadians.

“This particular app is harmful because it’s compulsory, and because it’s the expansion of an app that was designed and used to spy on Canadians during an emergency, to track where they were going, and follow up with them to make sure they did as they were told,” said McCaffrey.