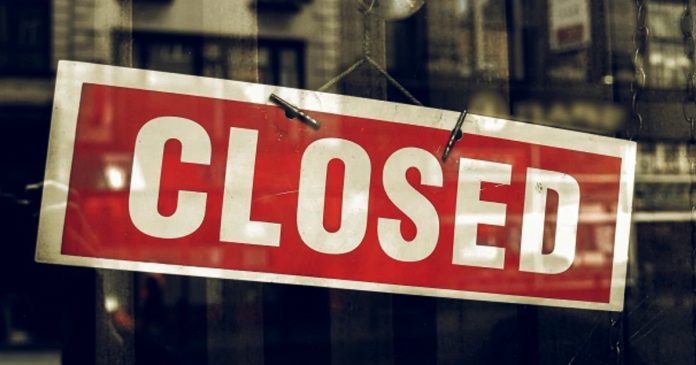 The Canadian Federation of Independent Business (CFIB) revealed that small businesses were facing an average debt of $158,000 due to the pandemic.

According to Blacklock’s Reporter, the report titled Small Business Insolvency: The Tip Of The Iceberg found that a total of 17% of small businesses were considering shutting their doors completely due to the prospect of not being able to pay off debts.

The poll also found that 54% of businesses did not have pre-pandemic revenues and that 62% were holding onto debts accumulated during the pandemic.

“Only ten percent of Canada’s small business owners would choose to file for bankruptcy if they were unable to keep their doors open,” the report stated.

“Forty percent of businesses at risk of closure would simply stop operating rather than go through the bankruptcy process. Canadian business insolvency data does not reflect these types of closures.”

Canadians across the country have also had to deal with the prospect of declaring bankruptcy. An Ipsos poll from April found that 49% of Canadians were nearly $200 away from not being able to keep up with their financial obligations.

Another 31% said that they weren’t earning enough income to be able to pay their bills or other monthly payments.

During the second quarter of the year personal insolvencies were up by 11% when compared to the year prior.

Canadians filed over 26,000 bankruptcy claims for that quarter.