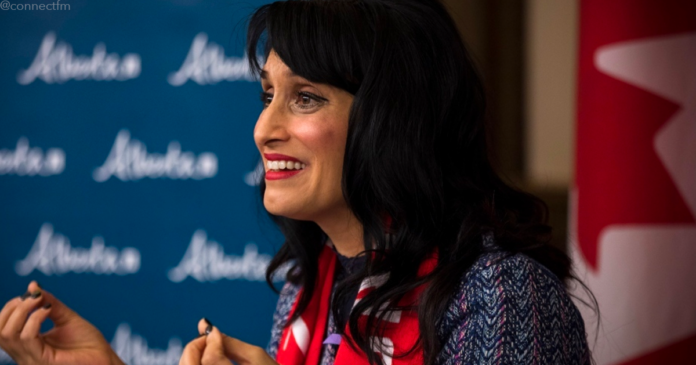 The Alberta Prosperity Project (APP) is clapping back at recent allegations of racism and homophobia from United Conservative Party (UCP) leadership candidate Leela Aheer, saying she’s following in the footsteps of Premier Jason Kenney — and that she’s likely to lose her seat in the next election.

“Both Ms. Aheer and Mr. Kenney have failed to understand that their poor performance, lack of integrity, lying, and spineless failure to stand up for Albertans have been at the root of the APP movement,” he said in a statement.

APP advocates for Alberta freedom and prosperity through independence.

Leadership candidates Travis Toews and Rebecca Schulz initially agreed to participate in the organization’s forum, but withdrew last week citing the event’s fundraising efforts “in support of a third-party advocacy group that supports an independent Alberta.”

“White supremacy, homophobia & racism have been supported & encouraged for too long in politics,” she wrote on Twitter.

“Anyone participating in the Prosperity Project / Rebel Media Debate, should be held accountable for supporting this toxic culture.”

Modry said Aheer is lashing out at thoughtful people and her “slanderous comments’ and “supercilious tone” is beneath the dignity of anyone seeking public office.

“But since she knows that she will never ascend to the Premiership and is likely to lose her seat in the next election, it is understandable that she has become the ‘woke’ attack dog,” he said.

“Should we be surprised that Ms. Aheer has such appalling cognitive dissonance and lack of decorum? Of course not, she is at the highest echelon of cancel culture and isolated socialist ideology, from which she refuses to be educated.”

Aheer owes an apology to Albertans who value their individual freedoms, rights, and prosperity “but I question whether she has the class (to) do so,” Modry said.

In response, Aheer retweeted the videos and said “Thank you for sharing this!!”

The APP and Rebel News leadership forum will be held on Thursday in Edmonton.