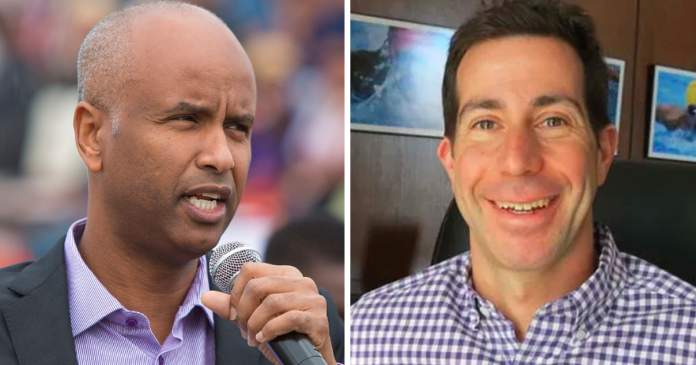 Liberal MP Anthony Housefather has accused Diversity and Inclusion Minister Ahmed Hussen of knowing about Laith Marouf’s antisemitic views before the issue was widely reported on.

In an interview with the National Post, Housefather claims that he warned Hussen about Marouf’s antisemitic remarks, told the minister to cut the organization’s funding and hoped the government would’ve cut Community Media Advocacy Centre (CMAC)’s funding “the moment anybody became aware of this.”

“I said the contract had to be cancelled. I alerted him and I persistently communicated with the minister in his office, from the day I learned about it, until today, and aggressively demanded that action be taken. Action could have been taken more quickly,” said Housefather.

This week, Hussen’s department cut the funding to CMAC and condemned the organization in a statement after news of Marouf’s racist remarks made the news.

“Our position is clear — antisemitism and any form of hate have no place in Canada. That is why I have asked Canadian Heritage to look closely at the situation involving disturbing comments made by the individual in question,” reads Hussen’s statement.

“You know all those loud mouthed bags of human feces, aka the Jewish White Supremacists; when we liberate Palestine and they have to go back to where they came from, they will return to being low voiced bitches of thier Christian/Secular White Supremacist Masters,” reads one of Marouf’s tweets.

Housefather says he would like to see an investigation into how the situation wasn’t taken care of sooner and how a rabid antisemite could have slipped through Heritage Canada’s vetting of CMAC.

“I think we all want to understand how, when it was relatively simple to Google what Mr. Marouf has said over the last 20 years that was insulting not only to Jews, but to other groups like French Canadians, how the department awarded a contract to a group that is so closely tied to Mr. Marouf and his partner,” said Housefather.

Despite Housefather applying pressure on his fellow Liberal MP, Hussen has survived fellow Liberals calling on him to resign before.

During his time as immigration minister, a former Liberal MP called on Hussen to retire after claiming the minister misled applicants about an immigration pilot program.