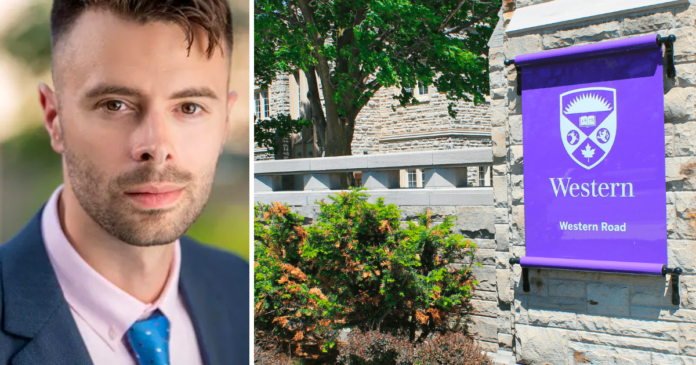 A Western University grad who now serves as a medical officer of health in Ontario is calling out Western’s three-dose vaccine mandate for students and staff.

Dr. Matt Strauss, the acting medical officer of health in Haldimand-Norfolk, a region east of London, condemned Western’s takeover by what he called “preening zealots.”

“They congratulate each other in an echo chamber and distribute dubious credentials in a daisy chain of obeisance,” he said.

Strauss, who attended Western, said in a Twitter thread that he found the news of the mandate to be demoralizing.

“Some of the best years of my life (2004-2013) were med school, internal medicine residency and ICU fellowship at Western. I still bleed purple,” he wrote.

“This mandate will hurt people and threatens to ruin a very special place.”

As first reported by True North, the University of Western Ontario will be requiring students, staff and visitors to have three doses of the Covid-19 vaccine by October 1.

The school is also re-imposing a mask mandate, despite having suspended its mandatory masking policy for the summer term.

Strauss also questioned Western’s claim that experts were consulted on the policy – sharing a study that suggests “significant waning of vaccine effectiveness against the Omicron variant of the third dose of the BNT162b2 vaccine within a few months after administration.”

“Why would you kick someone out of school because they didn’t take a booster 8 months ago that is currently providing ~0% protection against transmission?” he asked.

“Pretension? Malice? Callous disregard for people who think differently than you? I’m struggling to understand.”

Strauss also said that vaccination mandates failed to contain the spread of the Omicron variant, citing a study of New York’s Cornell University’s Covid response. The study found the University’s experience showed “that traditional public health interventions were not a match for Omicron.”

Strauss also said he spoke to some health experts who work at Western, and they told him they were not consulted on the policy before its announcement.

He also highlighted the disruption that the mandates will have on student’s daily lives, saying “these kids about to start first year, whose futures you would casually foreclose upon (with two weeks notice!), were 15 when this madness started” he wrote.

Strauss is not the only health expert to speak out against Western’s new booster mandate.

Dr. Kwadwo Kyeremanteng, a physician and associate professor at the University of Ottawa, also criticized the policy, saying he is “at a loss”.

A group of Western University students will be holding a protest against the new booster and mask mandate Saturday at 12pm.