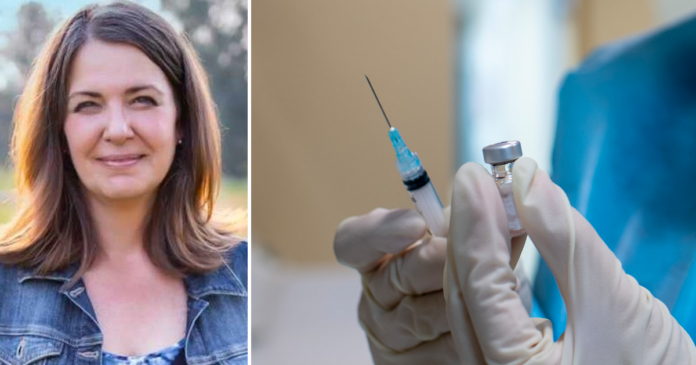 In a social media post, Smith said, “it was wrong for Alberta to deny access and sanction post-secondary students for choosing not to be vaccinated.”

“This decision damaged the education and mental health of thousands of Alberta’s best and brightest,” she added. “It can’t happen again.”

Smith says that if elected, she will make it illegal for post-secondary institutions to deny access or place sanctions on students over their vaccination status.

In addition, Smith said she will not allow for more campus shutdowns.

“The protection of our students’ rights to pursue their education and respect for their bodily autonomy is non-negotiable.”

True North reached out to Smith’s campaign to ask if she would also ban post-secondary institutions from imposing their own mask mandates, but they did not respond in time for publication.

Smith’s promise comes amid outrage over the University of Western Ontario’s decision to require students, staff and visitors to have a booster shot and wear medical-grade masks in instructional spaces.

Students behind a campaign opposing the mandates called Enough is Enough Western organized an in-person protest against the policy last Saturday, which was attended by over 400 people.

Some have since called on Ontario Premier Doug Ford’s government to ban university mandates – something they have yet to do. They are however asking post-secondary institutions to follow the guidelines of the province’s chief medical officer – who ended vaccination requirements and mask mandates in March.