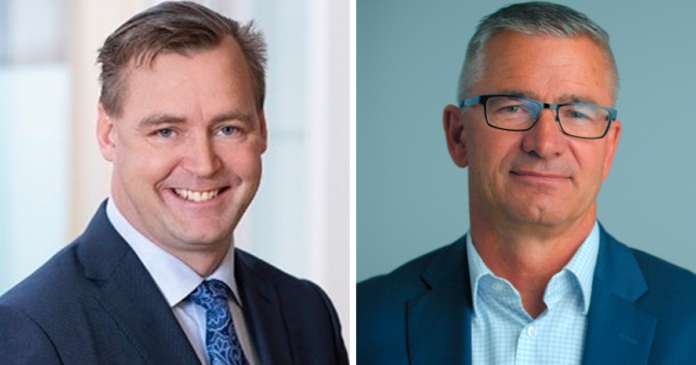 Horsman briefly ran in the leadership contest but dropped out less than an hour before the first cutoff on July 20, which required contestants to submit 1,000 signatures from the province’s five regions and the first $75,000 of the $175,000 contest fee.

Horman said the leadership race is about forging the leader Alberta needs — and he thinks Toews has grown the most since putting his name forward for the Premiership.

“What I saw frankly at the leadership debate in Edmonton a couple of days ago, was, I saw Premier on stage,” he told True North.

Horsman said the former finance minister brings a “robust business environment” and an “opportunity for people to get ahead” and live the lives they want to win.

In a statement, Toews said he’s proud to receive the endorsement.

“I’m incredibly thankful for Jon’s endorsement. He has so much credibility in Alberta’s business community and such a strong legacy of leadership at the ATB,” Toews said.

Horsman also said he’s interested in running for UCP nomination, such as in Calgary-Elbow.

UCP MLA Doug Schweitzer said earlier this month he will step down as the representative for the riding at the end of August “or such other date established closer to that time.” Schweitzer already resigned from his cabinet position as the minister for jobs, economy and innovation.

There’s been some speculation about whether UCP leadership contender Danielle Smith would put her name forward to replace Schweitzer, but she still plans to run in Livingston-Macleod, where she’s lived since 2011.

The riding is currently represented by UCP MLA Roger Reid, who won his seat with over 70% of voters’ support in 2019.

Horsman said his plans to run aren’t conditional on who the leader is after October 6.

Horsman was only in the UCP leadership race for about two weeks before dropping out. In a public announcement at the time, he said he was “on track” to meet the deadline, but he decided to withdraw because it is a “very crowded leadership race.”

Horsman told True North he was running to win, but it became clear to him he didn’t have enough momentum.

“I started four weeks too late,” he said.