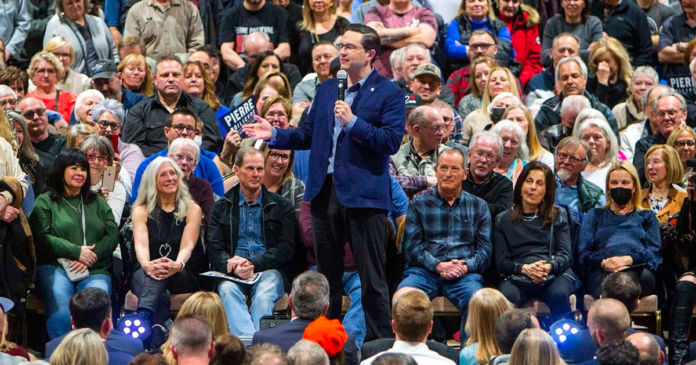 Conservative members have elected Pierre Poilievre as their new leader. The Conservative party announced the results of this year’s leadership race before members in Ottawa Saturday evening.

Poilievre took the top post of the party on the first round with 68% of the points, defeating his main contender former premier of Quebec Jean Charest.

The party elected its new leader using a point system, which allowed each of Canada’s 338 ridings to award 100 points, proportional to how many votes candidates received in each riding.

Poilievre will replace interim leader Candice Bergen, who recently announced she plans on retiring from politics by the next election. Bergen also offered her full support to whoever became leader a few days prior to the election results.

Saturday’s leadership announcement was altered to accommodate the mourning of Queen Elizabeth II’s death who died Thursday at Balmoral, her Scottish summer residence.

The Conservatives held a moment of tribute to Her Majesty. MPs donned customary black attire to mark the period of mourning.

During Poilievre’s victory speech, the Carleton MP began by commemorating the Queen’s passing.

“In her 22 visits here and dealings with 13 prime ministers she exhibited the virtues we most cherish,” Poilievre said.

“We felt we knew her. We felt that her strengths were ours. That perhaps is why I feel a small catch in my throat when I utter the words no leader has stated in seven decades. God save the King.”

The new leader also took aim at the governing Liberals and reiterated his pledges to tackle inflation and end remaining Covid mandates and restrictions.

Throughout his campaign, Poilievre ran on freedom, affordability, and a vow to remove “gatekeepers” that stand in the way of individual liberty.