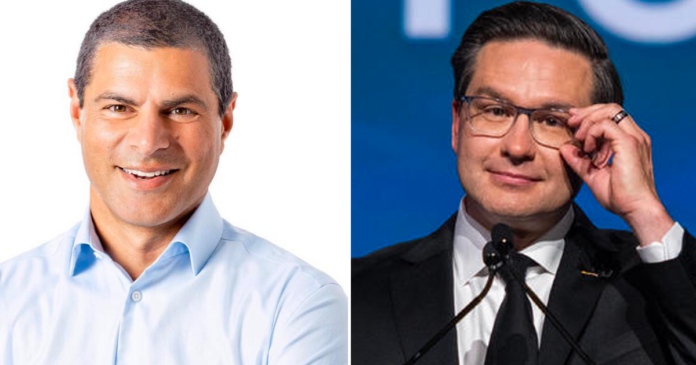 In a statement released by Rayes, he claimed that the party’s direction was no longer compatible with his views and that he would sit as an independent MP.

“I have just informed the Speaker of the House of Commons that I am leaving the Conservative caucus in order to sit as an independent MP. I remain a proud Progressive Conservative and I will continue to serve my constituents of the riding of Richmond-Arthabaska with determination,” said Rayes.

“I respect the choice made by members of the Conservative Party of Canada in the last leadership race. However, some of my political ideals, values and convictions are not compatible with the new path undertaken by our political formation.”

“I leave without bitterness and I remain driven by the deep desire to continue to serve the population on the political scene, and this, with the same rigor, passion and dedication as usual,” he continued.

Rayes was among a group of Conservative MPs who first courted former Quebec premier Jean Charest to enter the leadership race in February.

“He’s a political machine, an exceptional speaker who knows Quebec and who, in my eyes, would be a formidable opponent for Justin Trudeau,” said Rayes.

“I can confirm that for many people in Quebec, Jean Charest could be a strong opponent to face Justin Trudeau in an upcoming campaign.”

On Saturday, Charest emerged with only 16% of the points while Poilievre achieved a decisive victory on the first ballot with 68% of the points.

Charest has since said that he will be returning to work in the private sector.

Rayes is the only MP to have called it quits on the Conservatives so far. MP Joel Godin threatened to leave the party should Poilievre become leader prior to the election but recently said in an interview that he was “very comfortable” with the new leadership.

“I am very comfortable working with Pierre Poilievre. I want to congratulate him for the beautiful and impressive victory,” said Godin.