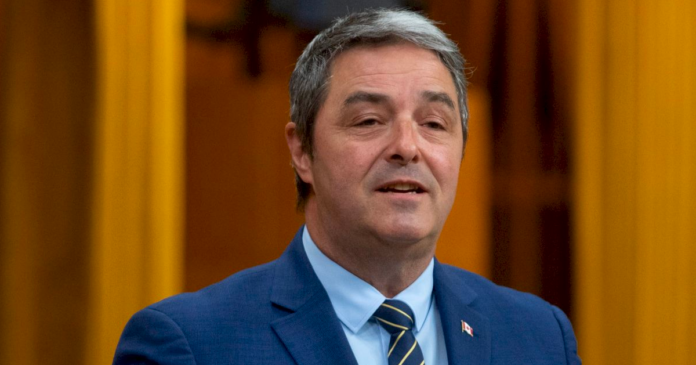 Despite threatening to leave the Conservative Party of Canada if Pierre Poilievre became leader, MP Joel Godin now says he is “very comfortable” working with the new leader.

Godin, who supported Jean Charest and describes himself as a “progressive conservative,” told Radio Canada this summer that he may resign, sit as an independent, join another party or help create a new party if Poilievre was elected Conservative leader.

The Quebec MP said he shared nothing in common with Poilievre, while claiming the Carleton MP was not offering good policy in addition to having “taken tangents, strategies attacking his opponent (Charest) in the leadership race.”

However, in an interview with Quebec radio station 98.5 FM following Poilievre’s landslide victory, Godin appears to have changed his tone.

“I am very comfortable working with Pierre Poilievre. I want to congratulate him for the beautiful and impressive victory,” he said in French.

Godin added that the goal is now “to have a united party to offer an alternative to the current government. So that’s the primary objective.”

The Quebec MP also said he appreciated Poilievre’s remarks towards Charest in his victory speech – where he recognized Charest’s political work.

“(Poilievre) acknowledged the work Jean Charest did to save Canada in the past. And I also appreciated his mention of his sensitivity to the French language,” said Godin.

Godin also noted in the interview that he did not like Poilievre’s support of the Freedom Convoy – which rolled into Canada’s capital earlier this year demanding an end to Covid mandates and restrictions.

“I was not comfortable with this outing by the member for Carleton,” said Godin, who believes that as leader, Poilievre has “an additional responsibility.”

“We will see how he will act,” Godin said.

Poilievre decisively won the Conservative leadership race on Saturday, receiving an overwhelming 68.1% of the points and 70.7% of the popular vote in the first round.

Poilievre also won 330 out of 338 ridings, including Godin’s riding of Portneuf-Jacques Cartier – where he received 63.39% of the points.