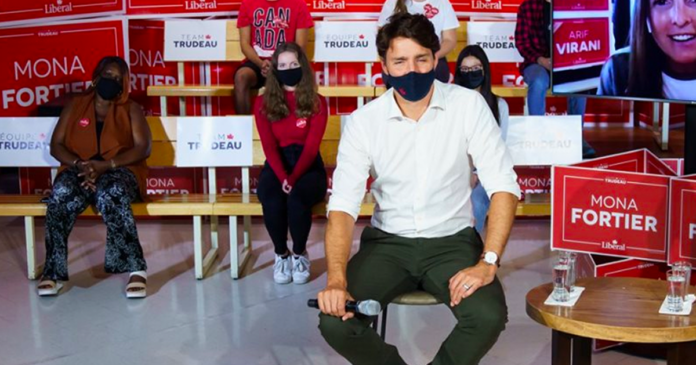 Trudeau made the remarks while revealing an affordability and housing plan on Tuesday, which included a $2.5 billion sales tax rebate for low-income earners and $700 million to be put towards a dental-care plan among other measures.

“We are retaining fiscal firepower and at the same time ensuring that those who need support don’t get left behind,” said Trudeau.

“(This spending is) sufficiently targeted that we are confident they will not contribute to inflation.”

“It seems sensible to assume that this will add to pressures on measures of core inflation,” economist Derek Holt told investors.

“Any belief that it will ease inflationary pressures must have studied different economics textbooks.”

The warning comes as multiple banks including the Canadian Imperial Bank of Commerce (CIBC) and the Bank of Montreal (BMO) have published statements about how additional spending could harm the economy.

“While there are times where fiscal largesse is just what the economy needs, these aren’t such times,” wrote CIBC chief economist Avery Shenfeld on Friday.

“In a period of high inflation and excess demand, cutting taxes or handing out cheques can add fuel to the inflationary fire, and make the job of a central bank that’s raising rates to cool demand all that more troublesome.”

“We’re not going to deny that there are households seriously in need of help right now in this inflationary environment,” said BMO senior economist Robert Kavcic.

“But, from a policy perspective, we all know that sending out money as an inflation-support measure is inherently inflationary.”

On Tuesday, Poilievre unveiled his leadership team with the mandate to “stop Trudeau’s tax hikes and end #JustinFlation so workers and seniors can thrive.”