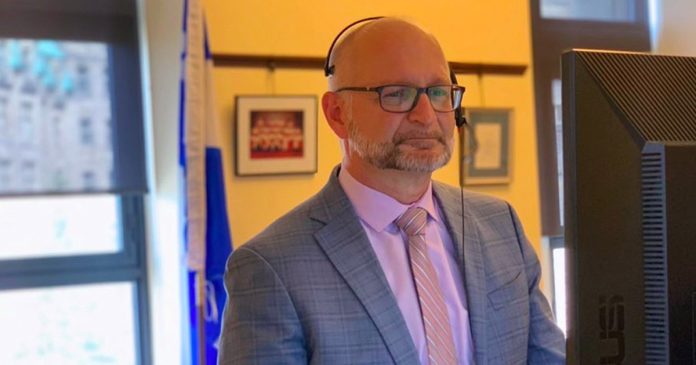 Liberal Attorney General David Lametti excused drug dealers by saying that they are misguided and working to “put bread on the table” in defense of his government’s wish to repeal minimum sentencing for certain drug traffickers.

According to Blacklock’s Reporter, Lametti made the statement while testifying before the Senate legal and constitutional affairs committee.

“You couldn’t have conditional sentence orders for an Indigenous mother who was caught in very low trafficking in order to put bread on the table,” said Lametti.

That’s the kind of social problem that needs to be attacked at its roots.”

Senator Denise Batters blamed the government bill of making it easier for serious criminals to get out of jail and that it wouldn’t address the problem of drug addiction.

“I agree that Canadians struggling with addiction should have access to treatment and not just to prison but this bill does nothing to address that,” said Batters.

“The mandatory minimums this bill actually seeks to eradicate only target serious criminals who prey on those with addictions.”

Earlier this year, the federal government approved a request by British Columbia to be granted exemptions for personal possession of 2.5 grams of cocaine, methamphetamines, opioids and MDMA.

As exclusively reported by True North, the Trudeau government has refused to lift a visa exemption for Mexico despite the fact that cartels have overtaken the North American fentanyl trade.

The influence of the Sinaloa and Jalisco cartels has prompted the US Drug Enforcement Agency to respond.

Currently, Mexican citizens only have to complete a $7 Electronic Travel Authorization prior to being granted entry into Canada.

“As part of the process leading to the lifting of the visa requirement, Canada worked closely with its Mexican partners to put in place measures to protect Canada against the risks posed by the arrival of bad faith travellers from Mexico,” said Immigration, Refugees and Citizenship Canada spokesperson Jeffrey MacDonald.

“The Government of Canada carefully monitors any behavior that threatens the security of the country and takes appropriate measures to remedy the situation.”