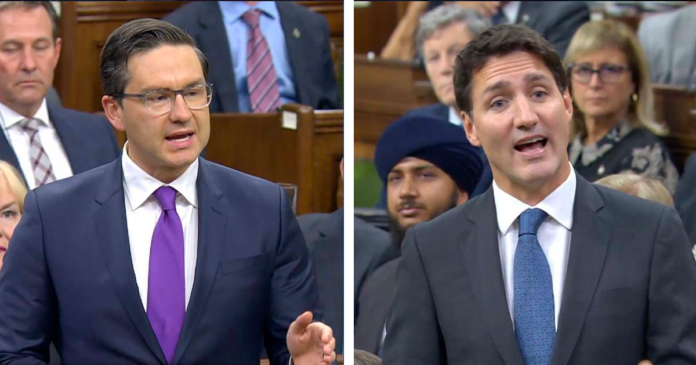 Prime Minister Justin Trudeau has fallen so far from grace that dehumanizing Conservative leader Pierre Poilievre may be his only shot at getting re-elected.

Unless, of course, he follows his late father and re-enacts that famous walk in the snow.

Winter, after all, is not far away.

The first public opinion poll since Poilievre overwhelmingly captured the Tory leadership on the first ballot has the Poilievre-led Conservatives with a five-point lead over the Trudeau Liberals.

It was Trudeau, however, who set the tone.

When he congratulated Poilievre on his victory, Trudeau took a shot at the Conservative leader by stating Canadians need “responsible leadership,” a high road approach as opposed to a political leader who lambasted “institutions that make our society fair, safe and free.”

He also criticized Poilievre for stating that inflation-strained Canadians could get out from under that heavy hand by investing in the dangerous world of cryptocurrencies, and further criticized him for laying shade on the vaccines “that saved millions of lives.”

The fall parliamentary session — which kicked off on September 20 — is already being billed as a potential bruiser with no holds being barred.

The summer session was a douser.

From mid-July to early September this year, seven different committees of the House held a total of 21 meetings and hearings to study a half-dozen matters of real public concern.

These were busy days, but the Opposition Conservatives were then leaderless.

But they are leaderless no more, but with the Abacus poll showing there was no sudden surge in Tory support, just a modest one-point rise since the 2021 election.

This reflected more on Trudeau’s continuing loss in popularity, as evidenced by the social media pillaging him for being disrespectfully tone deaf by singing Queen’s “Bohemian Rhapsody” in a London hotel in the days prior to Queen Elizabeth II’s state funeral, than it reflects a significant rise in Poilievre’s support.

On the death of the Queen, Poilievre told the House of Commons during a special commemorative session that the Queen’s “humility reminded us that government is not about us. It is about those we serve. We are, indeed, servants and not masters.”

“Around the globe, democratic institutions are being challenged, but Canadians can rightly be proud of living in one of the strongest democracies in the world,”  Trudeau had said, with a subtle dig at Poilievre’s own disruptiveness.

“It is this very strength and stability, represented by the Crown and embodied by the Queen, that Canadians have always benefited from, and we, as parliamentarians and Canadians, dedicate ourselves each and every day to those democratic principles.”

Poilievre, says the National Post’s John Ivison, has positioned himself as a “disruptor” who wants to overturn the status quo when it comes to climate change, pandemic politics and institutions like the Bank of Canada.”

And he makes no bones about it.

In fact, he brandishes it like a red flag in front of a bull.

As John Ivison wrote in the National Post, “Trudeau’s mission is to unite the majority of Canadians behind the idea that the new Conservative leader is a risk to their personal and financial security.”

It may be a tough row to hoe. 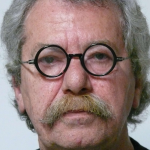