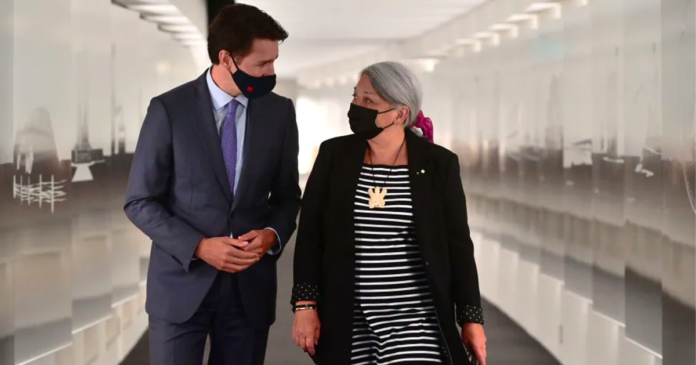 Conservatives are demanding the Liberal government disclose the cost of individual menu items after an international trip by Governor General Mary Simon racked up a $100,000 catering bill.

According to Blacklock’s Reporter, expense records show that Simon’s staff dined on $218 per plate for breakfast, lunch and dinner courses.

“We’d like to know whether we are dealing with caviar and champagne. What kind of meals are we talking about here?” asked Conservative MP Pierre Paul-Hus.

“If you divide that by 46 people you get $1,744 per person or $218 per meal which includes breakfast,” said Liberal MP Anthony Housefather.

“Did anybody look at the price and say, ‘Oh my God, this is an astronomically high price for this small number of meals’?”

Simon’s deputy secretary Chrstine MacIntyre refused to reveal to the House of Commons government operations committee what food items were served on the flight.

“I was one of the passengers on those flights. The meals we were given are the types of meals you would get on a commercial flight,” said MacIntyre.

“An average of $218 per meal would represent groceries for a whole family. There were snacks. What kind of snacks? How many snacks were there? What were the costs of those?” asked Bloc Quebecois MP Julie Vignola.

MPs also pressed witnesses to explain why nobody brought up concerns with the high bills.

“I’m trying to be polite here. I’m gobsmacked that it’s 2022, there are dozens of people I’m sure working on this and $218 just seems to be, ‘Meh, that’s okay.’ How did this happen?” said Conservative MP Kelly McCauley.

As exclusively reported by True North, Prime Minister Justin Trudeau’s residence spent more than $12,000 on dining and groceries in one month last year.