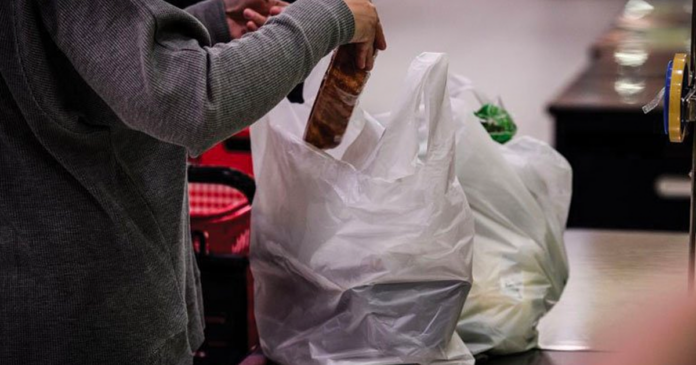 The City of Calgary’s proposed single-use plastics ban would fine businesses $250 for “offences” like providing unsolicited plastic cutlery or providing shopping bags without charging a fee.

Calgary is the latest Canadian city to follow the Trudeau Liberals’ efforts to reduce plastics by placing the onus on businesses.

The city’s proposed “Single-Use Items Bylaw” targets plastic cutlery and shopping bags with minimum fines for businesses beginning at $250 and doubling or tripling with repeated offences.

A city report says single-use items are often unnecessary and provided only for convenience.

“Single-use items result in negative environmental impacts at all stages of their life cycle,” the report says.

Items being considered for the ban include, but are not limited to, spoons, forks, knives, chopsticks, utensils, straws, stir sticks, splash sticks, cocktail sticks, toothpicks, pre-packaged condiments and napkins.

Under the bylaw, a business can only provide plastic cutlery if a customer asks for it.

The proposal would also ban businesses from providing new shopping bags to customers unless the bag is paper made from at least 40% recycled material or a reusable shopping bag.

The bylaw also lays out minimum costs businesses must charge for these bags. Beginning Jan. 16, 2024, a new paper bag must cost a minimum of 15 cents, or $1 for a reusable shopping bag. Those costs would increase one year later to 25 cents and $2 for paper bags and reusable bags, respectively.

If the paper shopping bag doesn’t indicate that it’s made from 40% recycled material, a bylaw enforcement officer can request documentation to ensure the shopping bag meets the criteria. In the city’s strategy plan, it says businesses will benefit from the bylaw because it will reduce the business’ operation costs.

“Businesses would retain revenues from the mandatory minimum fee on single-use and new reusable shopping bags, offsetting costs they might incur for purchasing non-plastic alternatives.”

Under the “social” implication category, the city says they would be “unintended consequences” of the bylaw on “equity-seeking groups.”

The City of Edmonton is also considering banning businesses from offering customers single-use plastic items like shopping bags and foam cups. That bylaw is proposed for June 2023.

Citizens advocacy group Common Sense Edmonton has started a petition to stop the proposed ban, which it says will hurt consumers while providing no benefit to the environment.