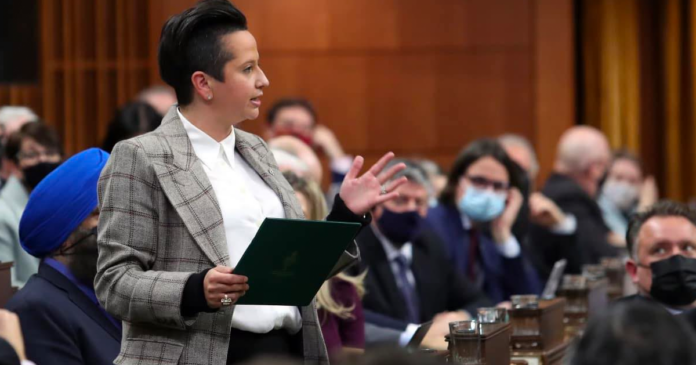 The Conservative Party of Canada has come out in support of regime change in Iran as the country enters another week of protests following the death of 22-year-old Mahsa Amini while in police custody.

During a CBC Power & Politics interview on Wednesday, Conservative deputy leader Melissa Lantsman reiterated her party’s position on the matter.

“Yes, and if you can’t be unequivocal about a brutal religious dictatorship who kills their own people, then I’m not sure what we’re all discussing here,” said Lantsman when asked about regime change.

Amini is believed to have been killed by Iran’s morality police after being arrested for not complying with mandatory veiling laws.

Lantsman has been a prominent figure at protests in Canada.

“A brutal regime killed a 22-year-old girl,” said Lantsman at a Toronto demonstration.

“You have friends in the Conservative party. You have friends who are going to stand up to this government and demand that the (Iranian Revolutionary Guard Corps) is a listed terrorist organization.”

“We’ve seen Iran disregarding human rights time and time again, and now we see with the death of Mahsa Amini and the crackdown on protests,” said Trudeau.

“To the women in Iran who are protesting and to those who are supporting you, we stand with you. We join our voices, the voices of all Canadians, to the millions of people around the world demanding that the Iranian government listen to their people, end their repression of freedoms and rights, and let women and all Iranians live their lives and express themselves peacefully.”

The Liberal government has, however, stopped short of listing the Iranian Revolutionary Guard Corps (IRGC) as a terrorist organization – a demand the Conservatives have been making for some time now.

When pressed on the matter, Foreign Affairs Minister Melanie Joly refused to commit to making the designation.