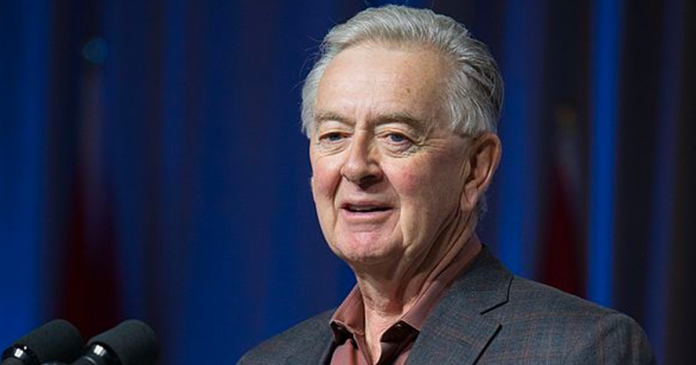 An independent group of Canadians chaired by former Reform Party leader Preston Manning has launched what’s being called the National Citizens Inquiry (NCI) to investigate federal and provincial responses to the Covid-19 pandemic.

The NCI will be conducted through a federally incorporated not-for-profit and will include subject matter experts across the scientific, medical, legal and social spectrums.

“The magnitude of these interventions demands a comprehensive, transparent, and objective inquiry into the appropriateness and efficacy of the measures imposed,” said Manning.

“We need to determine what worked and what didn’t and identify how we can respond better in the future.”

NCI claims that the strength of such a citizen-led inquiry lies in the fact that, unlike a federally-commissioned investigation, the government wouldn’t be investigating themselves.

The inquiry is expected to hold seven hearings into the matter and currently has an open call for five commissioners.

“The inquiry will examine the consequences on public and personal health, rights and freedoms, on specific demographic groups such as the aged and our children, and the economy,” wrote Manning in a press release.

“Those testifying before the Inquiry will also be asked for recommendations for how Canada’s response in matters as this could be better managed in the future.”

The NCI is expected to be completed by the end of March 2023 and followed by a Summary Hearing in Ottawa as well as a subsequent report with recommendations.

Currently the NCI has launched a petition which has been signed by over 11,000 Canadians with thousands more signing the petition every day.

Calls for an independent audit of the federal government’s pandemic response are not new, and have even come from within the Liberal party.

Last month, Liberal MP Nathaniel Erskine-Smith reiterated a call for an inquiry into the response.

“We need a greater level of accountability and transparency. And so in this case, we need the Health Minister ideally to identify the key drivers of pandemic risks, describe how Canadian activities contribute to that risk, and then put in place measures to mitigate that risk,” said Erskine-Smith.

“In a perfect world, we’d be striking a committee of people who are much smarter than me and with relevant expertise to answer that very question.”