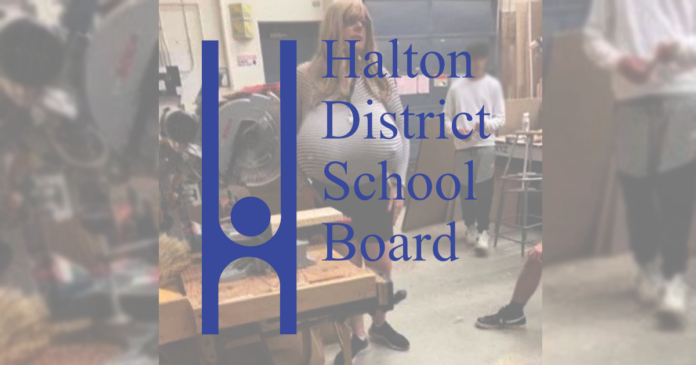 An Ontario school board is demanding the Ontario government remove a clause from the Education Act that says teachers’ duties should include encouraging “love of country” and “Judeo-Christian morality”, among other values.

Citing inclusivity and diversity, Halton District School Board’s (HDSB) Board of Trustees Chair Margo Shuttleworth wrote in a letter to Education Minister Stephen Lecce that Section 264(1)(c) of the Act was “contrary to” equity and inclusive education policies.

HDSB recently received international coverage after it was revealed that a transgender teacher at one of its schools was wearing giant prosthetic breasts while teaching students in class. The board never addressed the concerns of students and parents, instead saying they stand by the teacher.

The full wording of the section in the Act the board wants to remove says it requires teachers to “inculcate the precept and example of respect for religion and the principles of Judeo-Christian morality and the highest regard for truth, justice, loyalty, love of country, humanity, benevolence, sobriety, industry, frugality, purity, temperance and all other virtues.”

“In this spirit, we respectfully ask the Minister to revoke and replace Section 264(1)(c) of the Act to reflect contemporary and current diversity, equity and inclusion policy and practices,” writes Shuttleworth. The provincial government does not appear to have responded yet to the letter.

True North reached out to Shuttleworth for clarification, what specific items in the clause were of concern and how the section was contrary to the principles of equity and inclusivity. True North did not receive a response prior to publication.

The letter was written days before Ontario’s 2022 municipal election, which saw many anti-woke candidates run on a platform to depoliticize the public schooling system.

In a statement from September, Shuttleworth cited the need to protect the teacher’s “gender expression” while protests were erupting over the incident.

“This teacher (who teaches shop) is an extremely effective teacher,” said Shuttleworth. “All the kids really love being in the class.”

Responding to the incident, Lecce asked the Ontario College of Teachers to review its professional standards.

“In this province, in our schools, we celebrate our differences and we also believe that there must be the highest standards of professionalism in front of our kids,” said Lecce in October.