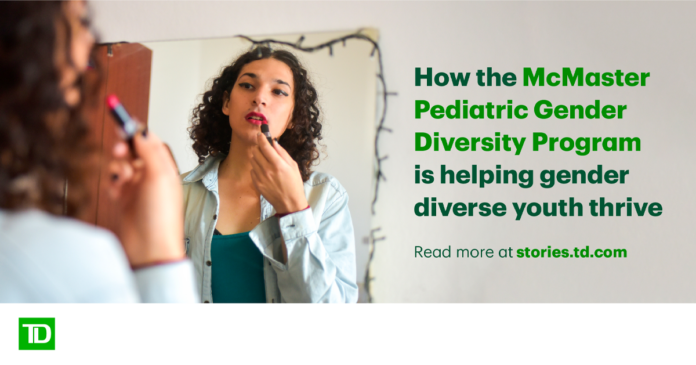 One of Canada’s most prominent banks is funding child gender transitions after donating $500,000 to the McMaster Pediatric Gender Diversity Program.

As first reported by Breitbart, the funding which was first quietly announced in May will go towards providing nearly 30 kids under the age of 18 “gender affirmation” services such as medical transitions and more.

“We provide information, options and care to youth who are experiencing gender dysphoria – this refers to the distress that a young person who is gender diverse may experience living in a body that doesn’t align with their gender identity,” said McMaster Children’s Hospital pediatrician Dr. Rosheen Grady.

“Adolescence is a point where we can intervene to really help support youths be their healthiest selves.”

Child gender transitions have become a controversial issue with proponents of the practice advocating that some kids are mature enough to make the life-changing decision themselves.

Several clinics throughout Ontario currently provide medical transition support for kids under the age of 18.

Provincial laws also don’t have an age of consent required for gender reassignment surgery or other services.

“There is no general age of consent to treatment or counselling; instead, the issue depends on whether the young person is capable of consenting,” writes the Canadian Mental Health Association.

As exclusively reported by True North in June, some transgender people like mental health nurse Aaron Kimberly are driven into gender transitions based on misinformation.

“You would think that today’s gender revolution would make things easier on kids like me, who are now often identified as trans. In fact, I did transition when I was 33 and, though it did help me feel more congruent, that decision was largely based on misinformation,” wrote Kimberly in an op-ed.