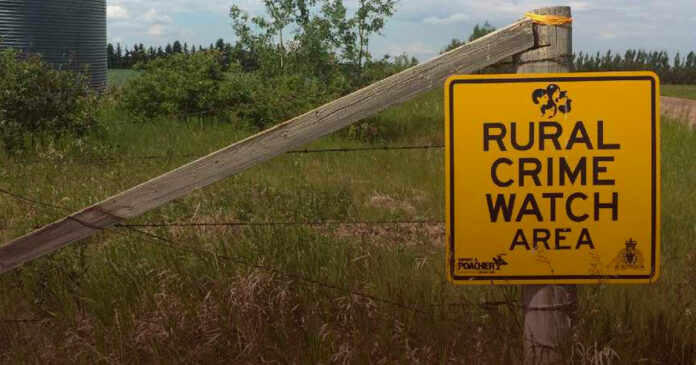 Crime is returning to rural Saskatchewan in full force after a pandemic-related lull, municipality leaders were told by the RCMP on Thursday.

Property crime is on top of the RCMP’s radar when it comes to rural communities and the state of the economy might have something to do with it.

“With the price of fuel, it’s becoming a hot commodity for thefts,” said Blackmore.

“We’ve had a report of 61 thefts from fuel tanks and from jerry cans, and additional 12 thefts from actual farm equipment. So a significant number.”

Local communities have taken the matter into their own hands and formed rural crime watch groups.

According to Edenwold, Saskatchewan councillor Tim Brodt, his community has “quite a big network” of volunteers dedicated to preventing crime.

“We’re working together with the RCMP to try and invigorate the rural crime watch program,” said Orb.

“No one knows the farms better than the local people.”

With help from the RCMP the group hopes to cut down police response time and help coordinate law enforcement activity.