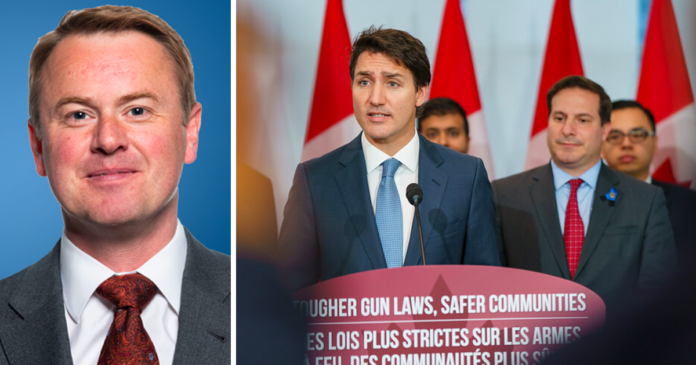 On Tuesday, Liberal MPs sitting on the Parliamentary Public Safety and National Security committee included an amendment to Bill C-21 — proposed legislation to further restrict access to handguns in Canada — which would ban virtually all semi-automatic firearms, including semi-automatic hunting rifles.

“The federal government is clearly seeking to ban legal firearm ownership altogether,” he said in a statement.

“In the coming weeks, Alberta will explore all available options to take action.”

“If the amendments are successful, Bill C-21 will lead to the most sweeping and arbitrary ban in Canadian history,” he said. “The ban will not only be unenforceable but will criminalize hundreds of thousands of Canadians.”

Conservative Public Safety critic Raquel Dancho asked the committee to pause before continuing to debate the amendment to gain clarity on which firearms would be impacted.

“That is incredibly significant, Chair, and will impact hundreds of thousands of hunters. So we need to be clear about what that is; what we need to ask for is a complete list of the firearms, notably semi-automatic rifles and shotguns, that will be impacted,” she said.

In May 2020, Prime Minister Justin Trudeau announced he was banning more than 1,500 models of firearms, including guns explicitly used for sport shooting and hunting. Bill C-21 seeks to legislate those changes, and Mendicino wrote to the provinces, requesting their police services collect the firearms.

In September, Shandro said he would obstruct the gun grab by any means necessary. He also said he wrote to the RCMP that the confiscation scheme is not a provincial priority and is an inappropriate use of RCMP resources.

Saskatchewan, Manitoba and New Brunswick have since joined Alberta in opposing Ottawa’s bid to use local policing resources as confiscation agents.

Debate on the amendment will continue on Thursday.