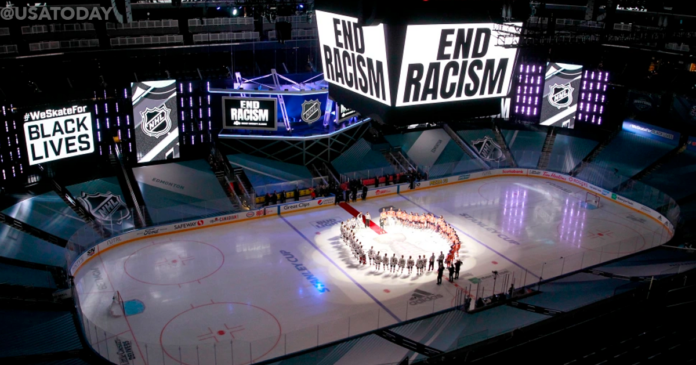 The NHL appears to be more focused on pushing woke ideology than playing the game that people want to watch.

This week, the NHL told the world that “trans women and women, trans men are men and non-binary identity is real,” but It’s not just gender ideology that appears to have taken over the NHL. Last month, the NHL decided that in order to increase diversity, they needed to track the skin colour of their employees and set racial quotas for hiring.

This shouldn’t surprise Canadians. It’s been a years-long process of woke ideology taking over Canada’s past time, which all started when Canadian legend Don Cherry was fired from Hockey Night in Canada for telling people in Canada to wear a poppy.