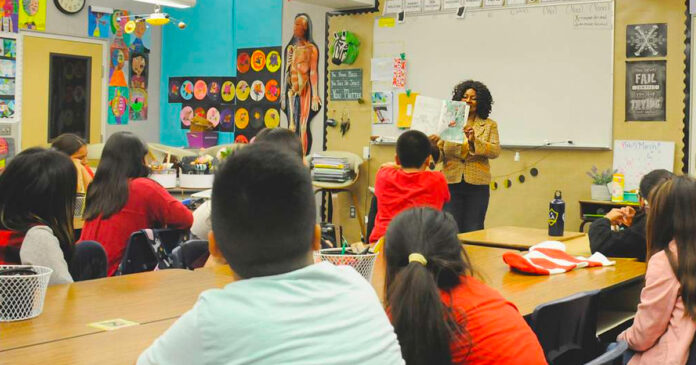 The Edmonton Public School Board (EPSB) is conducting a student demographic survey focused on gender identity, sexual orientation – similar to a controversial Toronto one that was recently shelved.

The survey, ongoing from Nov. 1 to Dec. 16, pledges to advance anti-racism, diversity, equity, and inclusion. According to the EPSB, the survey is meant to “identify barriers and inequities and inform actions the division will take to enhance student success.”

The website listing what the survey will probe students on includes a student’s gender identity, racial, ethnic and religious identity, and the sexual orientation of students in grades 7-12. Some voices think this goes too far.

Esme Vee, Founding Member of Canadian Women’s Sex-Based Rights, says that she and her organization are “concerned about the indoctrination of children through the public school system,” in what she describes as an anti-scientific theory that has been taken as settled fact by school boards across the country.

“We’re opposed to public institutions asking minors intrusive and inappropriate questions about their sexual orientation. Thankfully, parents are becoming aware of the serious implications of these trends in education, and are beginning to ask questions and speak up for their children.”

The student survey is a part of the EPSB’s Anti-racism and Equity plan to help racial minorities and Indigenous peoples through an anti-racism and equity lens.

The seeks to provide Edmonton’s teachers with anti-racism, equity and inclusion learning resources, form hiring practices through an anti-racism and equity lens, along with the student demographic survey.

While it is not clear what sort of policies would result from the information collected in the survey, the EPSB has said that they will be learning from other organizations that have done similar work. After a similar study, the Toronto District School Board (TDSB) decided to eliminate class streaming, where students would select classes based on their difficulty.

Recently, Canada’s school boards have been under increasing scrutiny for their widespread inclusion of radical left-wing theories to inform the educational practices of teachers and the school board at large.

The TDSB was recently slammed for rolling out a similar survey and was forced to delay it after the questions and census research principles were made public.

In response to an article criticizing the TDSB, a concerned citizen pointed out that Toronto’s progressive teaching agenda is starting to bleed over into Edmonton.

“Please help parents here in Edmonton,” writes Monica Marchand. “They are putting out a survey like this but parents are not allowed to see the questions. The school board refuses.”

This year, the country saw multiple municipal elections across numerous provinces where school board trustee candidates ran on an anti-woke platform opposing the introduction of extreme race politics and gender ideology into schools.

Does your child attend the Edmonton Public School Board? We want to know what you think. Contact us at [email protected].