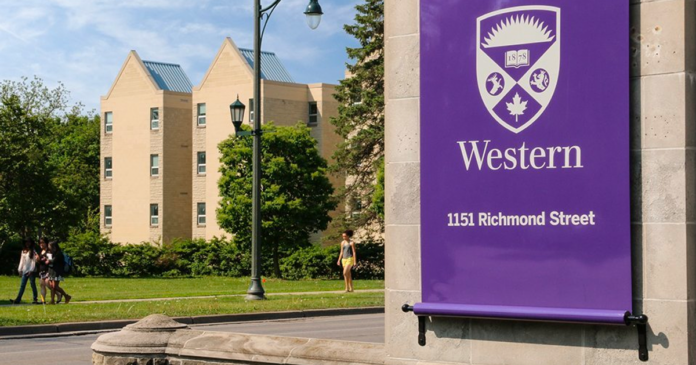 The University of Western Ontario quietly dropped its vaccine mandate on Tuesday months after legal challenges and protests from students opposed to the requirement.

Western made the announcement in a “situational summary” posted on its website on Nov. 29. The post-secondary school claims that the decision to revoke the mandate came following consultations with public health officials.

While students are not required to be vaccinated to attend the university anymore masking is still required for the foreseeable future.

“After careful consultation with health experts and members of our community, Western’s masking requirement will continue until the end of fall term,” an official statement reads.

Soon after the university announced its mandate, students opposed to the vaccine requirement organized a mass protest on campus grounds.

Protestors opposed the mandate on the grounds that it violated bodily autonomy and was not necessary given what scientists now know about Covid-19.

According to protest leader Kendra Hancock, the mandate was a form of coercion employed by the university.

“So far it’s overwhelming for people feeling like they’re absolutely forced into this situation,” Hancock told True North in August.

On Tuesday, the group Enough Is Enough Western tweeted that “accountability will come” to the university over its coercive methods.

We polled approximately 950 @WesternU students, with %86.6 of vaccinated students expressing they felt coerced. Accountability will come.

One legal challenge to the university’s mandate was dismissed by a judge who claimed that the school was “expressly permitted to govern its (own) affairs.”
As of September, some students launched yet another challenge to the booster mandate after being denied religious exemptions to the vaccine.