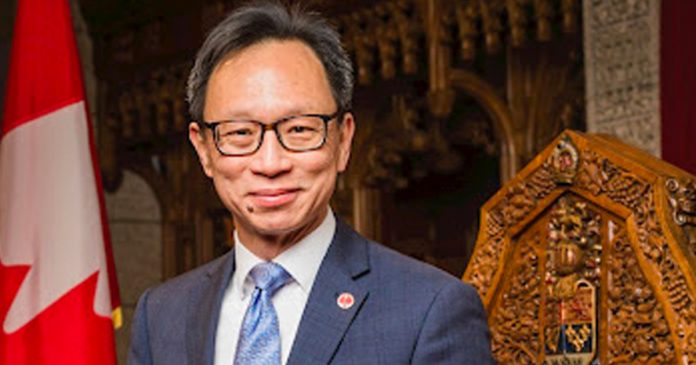 A senator appointed by Prime Minister Justin Trudeau told the Senate on Thursday that media reports referencing a foreign influence campaign by the communist Chinese government constituted a “witch hunt.”

As first reported by Blacklock’s Reporter, Senator Yuen Pau Woo called the reporting – which was based on a top secret 2020 Privy Council Office memo – “irresponsible speculation.”

“There is a witch hunt going on for the names of the 11 candidates as well as the identities of an unspecified number of campaign workers and political staffers who are also alleged to have been funded by the Chinese government,” said Woo.

“It is no surprise Chinese-Canadians are among those who are most likely to be put under a cloud.”

Woo’s comments were retorted by Senator Marc Gold who cited “a real concern about Chinese interference.”

The national security document in question warned Cabinet that “subtle but effective foreign interference networks” targeted the candidates, who were mostly based in the Greater Toronto Area.

Other allegations include transfers of $250,000 between the Chinese Consulate and the foreign influence network.

Woo went on to question whether the story was “bogus” and called the story a form of “election denialism.”

“If the story is indeed bogus it has done serious damage to our democracy,” said Woo.

“Indeed this reporting should be understood as a kind of election denialism. Why is the government not calling out this egregious example of disinformation?”

Woo has faced criticism in the past for comments that appear to echo Chinese propaganda talking-points. Last year, former Conservative cabinet minister Chris Alexander accused the Senator of being a “mouthpiece for foreign propaganda” in reference to his claims that Canada took Huawei CFO Men Wanzhou “hostage.”

“By claiming Meng was ‘taken hostage’ by Canada, Yuen Pau Woo has violated his oath as a Canadian Senator & should resign,” said Alexander.

“Mouthpieces for foreign propaganda, including those backed by China’s United Front Work Department, should have no place in Canada’s parliament.”